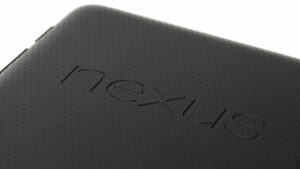 There’s something different about Google these days, and it doesn’t feel right. Ever since the search-giant lost its leadership status to Alphabet, we’ve heard stories that somehow gives us the feeling that Google will now solely be looking to compete with Apple, across all corners.

Apple has, for many years, built its legacy with a software-to-hardware nexus which has kept third-party elements away. But now that Apple is opening up to others, Google’s task at hand becomes more challenging to say the least.

Their 4th of October event is primed to focus on products, the first line of Pixel phones, but do we get to see a reboot of the Nexus 7 tablet also? Well, reports seem to point towards that possibility.

Nexus 7, as you might recall, is a 7-inch tablet, which was made by Asus. The tablet stood for quality and effectiveness, without costing a bomb, and powered by Android in its purest form.

Even Microsoft tried its hand with a Windows tablet. (Photo Courtesy: iBall)

Back then, the 7-inch tablet space was emerging, especially because phones were primarily within the 5-inch sizing. Even Microsoft felt the need to make tablets powered by Windows 8 (which never really worked out).

But now things are largely favourable towards phones as big as 5.5-inch and more. So, why does Google think the Nexus 7 will be a crowd-puller? We’re not too sure.

Tablets in the Mire

Google’s call to make a tablet in 2016 comes at a time when Apple and the industry is working along a different tangent. Back in the day, tablets were seen as a device to consume content on-the-go.

Now, the market itself has changed course, from 7.8-inch devices to something that is worthwhile. Which is why there is a downward trend in the demand for tablets globally. Unless you’re talking about the entry-level, budget segment.

Now, the tablets are heavily positioned to function as a work and leisure (2-in-1) device. We must give credit to Microsoft for rolling out the Surface series, which has become the norm.

Apple rolled out its iPad Pro in 12.9-inch and 9.7-inch sizes, while others brands like Asus, Lenovo and Samsung have also forked out their Surface rivals.

Even Google, for that matter, tried its luck with the Pixel C Android 2-in-1, which brings us back to the question: Do we need the Nexus 7 tablet at a time when the market has shifted to better forms?

What’s expected from Google instead, is an effective 2-in-1 that can make the best use of Android 7.0 Nougat’s tablet-friendly features.

There’s also the price which needs to be considered here. As we have seen with Google recently, their Nexus products are no longer a value entity. So, if a high-powered Nexus 7 tablet’s price is in the prime segment, then chances are Google will have lost its cause.

So, Google save us the trouble and just roll out the Pixel phones, worthy as an upgrade to the Nexus.

This Optical Illusion is Going Viral