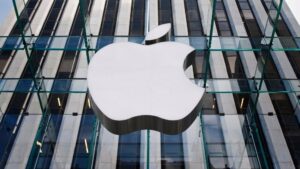 If it wasn’t enough that Apple’s latest iPhone failed to live up to its hype, a report by TheNew York Times now suggests that the Cupertino-based giant is rethinking its car strategy.

The company is said to have been working on its own self-driving vehicle, code named Project Titan for some time now, but lack of results mean Apple is having second thoughts about it.

And with news emerging that a lot of employees part of the Project have been relieved of their duties, things clearly look to be heading towards an impasse.

This isn’t a full-fledged cull of the Project, which could hint at Apple’s changing outlook on the market. Could Apple possibly be shelving its plan to make a whole new car? And instead power the existing models with software technology that’s got Apple written all over it.

The change in stance could enable Apple to roll out cars layered with autonomous driving technology, much before the other biggies like Alphabet (Google’s parent company).

Self-Driving to the Future

Elon Musk’s Tesla, Ford and others like LeEco envisage their four-wheelers in this segment on the roads by 2020. These manufacturers could gain massive help from technology folks like Apple or Alphabet in creating future-proof and effective self-driving cars.

For now, Apple would be hoping that their expertise in the tech industry could go a long way in helping them solve the autonomous puzzle, which even Tesla is finding hard to cope with.

(With inputs from The New York Times.)

A Guide To Purchasing A New Mattress

A Nexus 7 Reboot, Does the World Need a 7 Inch Tablet?