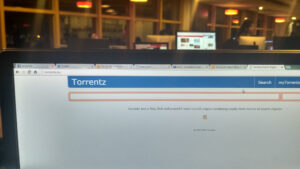 So, if it wasn’t enough that KickassTorrents was shut, it’s the turn of another popular torrent directory site to meet the same fate. This time we’re talking about Torrentz.eu which will no longer be serving movie addicts across the globe.

Back in July Kat.cr or Kickass which majorly relied on transmitting its IP across various servers around the world, was closed down. Doing so enabled most torrent hosting sites to keep clear of authorities.

Torrentz.eu was a torrent-centric meta-search platform that connected users to different torrent sites such as Kat.cr.

One by one the number of torrent sites available on the internet are getting shut down. Such incidents have led us to believe that the high power is on a mission to eliminate digital piracy, once and for all.

Interestingly, the level at which these sites work has made it impossible for authorities to track them down, but with stronger base for cyber patrolling on offer these days, not many will be able to survive this onslaught.

Most of this has been attributed to the impact of video-streaming platforms like Netflix, who deal in original content and even the likes of YouTube are fighting off this problem. The prospect of losing out on the power to watch movies before it even releases in their region will surely be hard to swallow for most users out there.