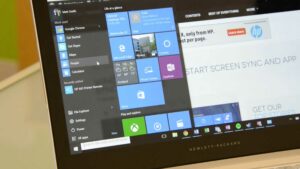 The day has come when Microsoft’s Windows 10 will no longer be upgradeable for free on existing PCs. The company’s stipulated 29 July deadline for free Windows 10 is today, and unless you take it now, you’ll end up paying for it from tomorrow onwards.

The Windows 10 has new features, a streamlined Web browser called Microsoft Edge (which replaces the Internet Explorer) and a desktop version of Cortana. The company has been adamant that Windows 10 will seem familiar to users of Windows 7, the six-year-old operating system still running on most PCs.

CEO Satya Nadella says he wants to have 1 billion devices running Windows 10 in three years, which was recently said to be taking longer than expected.

Most app makers are offering their apps for the Windows 10, and the version can also be seen running on laptops across varied price segments. It is definitely not bad as the Windows 8 was, and the re-introduction of the Start Menu was given a huge thumbs up by users across the globe.

LCD Display’s Days Are Counted, OLED Will Be The New Norm