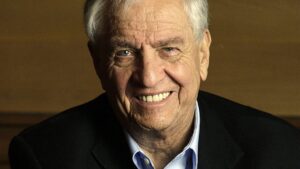 Garry Marshall, the creator of warm cinematic delights like Pretty Woman, the Princess Diaries, Runaway Bride and hugely popular sitcoms like Happy Days, has passed away at the age of 81. The American actor, director, writer and producer died on Tuesday and is survived by his wife Barbara, son Scott, a film director; and daughters Lori, an actress and casting director, and Kathleen, an actress; and his grandchildren.

The Princess Diaries, which made a star of Anne Hathaway, also starred Julie Andrews.

The Princess Diaries and its sequel were also big hits for Marshall . The films, which made a star of Anne Hathaway, saw global grosses of $165 million and $135 million, respectively. He also made the star-packed Valentine’s Day and sequels New Year’s Day and Mother’s Day.

Marshall received the American Comedy Awards’ Creative Achievement Award in 1990, the Writers Guild of America’s Valentine Davies Award in 1995, the PGA’s Honorary Lifetime Membership Award and Lifetime Achievement Award in Television in 1998 and the American Cinema Editors’ Golden Eddie Filmmaker of the Year Award in 2004. In 1997 he was inducted into the Academy of Television, Arts and Sciences’ Hall of Fame.

FaceBook Labs Have Made Progress in Light-Based Wireless Internet