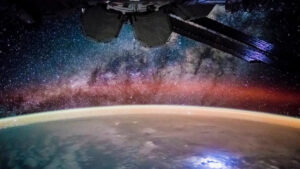 20 July, which is also known as Space Exploration Day is the anniversary of man’s first steps on uncharted lands outside its mother planet.

This day in 1969 marked a major milestone in the timeline of human existence as people from across the globe bore witness to Neil Armstrong and Buzz Aldrin carry out the first human expedition on the surface of the moon.

The success of the Apollo 11 Lunar expedition which was an offspring of a race between two cold war era super powers, is however of greater significance than just being a technological achievement for NASA. It was in fact a victory for mankind’s creative and inquisitive impulses.

The great technological leaps required to accomplish this mission, coupled with our strive for innovation, spurred humanity into a new era of development, changing our lives forever.

The Apollo 11 mission led to the invention of integrated circuits which is widely regarded as the reason behind the existence of the personal computers of today. This “giant leap for mankind” also proved to be a catalyst for advancement of modern medicinal science.

Suffice to say, the foot prints man left on the rocky terrain of the moon 47 years back still remains relevant today.

20 July, therefore, should not be an empty reminder of an event in human history. Rather, it should serve as a constant reminder of the importance of preserving the zeal for exploration that has seen the human race move out of its humble cave dwellings to charting a path to the dark side of the moon.

View of the earth from the moon. (GIF Courtesy: NASA)

What is the Next Frontier for Space Exploration?

But the moon is only the beginning, and its dark side nothing more than Columbus’ New World. As HG Wells said in his famous science fiction novel, Things To Come:

For man, there is no rest and no ending. He must go on – conquest beyond conquest. First, this little planet, and its winds and ways. Then all the laws of mind and matter that restrain him. Then the planets about him; and at last out across immensity to the stars. And when he has conquered all the deeps of space, and all the mysteries of time – still he will be beginning.

Staying true to this spirit, space agencies world over have poured in billions to send more than 40 missions to Mars in the last couple of decades. Many of them failed , while India’s ISRO along with NASA, the Soviet Union and the European Space Agency have sent successful missions to mars.

However, one thing common to all these missions is that each of them, piece by piece has helped solve the complex Mars puzzle which scientists believe holds within itself the secret to our existence.

But this is only the beginning, and these are exciting times. China, US and a couple of other countries have new missions for Mars lined up for as early as 2020. Russia’s space agency, Rosatom has already announced plans of building a nuclear engine powered space shuttle that could cut down the time needed to reach Mars down to a meagre 45 days.

With such intense focus, the red planet has been established as the next frontier for satisfying our curiosity for exploration, and rightly so. After all, to be human is to be an explorer. To be curious is part of our DNA, and currently there is nothing else that peaks the human race’s curiosity more than the earth’s red cousin.

Since the first tribes left Africa for unknown lands, we have been guided by our curiosity into exploring alien lands, so why stop now? Explore away. To new galaxies and beyond!