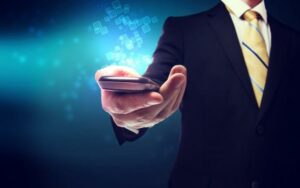 Scientists at the Facebook’s Connectivity Lab have developed a new way to detect light signals travelling through the air, an advance that may lead to fast optical wireless networks, capable of delivering internet service to remote places.

High-speed wired communication networks today use lasers to carry information through optical fibres, but wireless networks are based on radio frequencies or microwaves.

“A large fraction of people don’t connect to the internet because the wireless communications infrastructure is not available were they live, mostly in very rural areas of the world,” said Tobias Tiecke, who leads the research team.

Light-based wireless communication, also called free-space optical communications, offers a promising way to bring the internet to areas where optical fibres and cell towers can be challenging to deploy in a cost-effective way. Using laser light to carry information across the atmosphere can potentially offer very high bandwidths and data capacity, but one of the primary challenges has been how to precisely point a very small laser beam carrying the data at a tiny light detector that is some distance away.

In the new study, researchers demonstrate a method for using fluorescent materials instead of traditional optics to collect light and concentrate it onto a small photodetector. They combined this light collector, which features 126 square centimetres of surface that can collect light from any direction, with existing telecommunications technology to achieve data rates of more than 2 gigabits-per-second (Gbps).

We demonstrated the use of fluorescent optical fibres that absorb one colour of light and emit another colour… these fluorescent optical fibres emit a different colour than they absorb, which makes it possible to increase the brightness of the light entering the system… the same concept can be used for communication to circumvent pointing and tracking problems while accomplishing very high speeds.

By incorporating a signal modulation method called orthogonal frequency division multiplexing (OFDM), researchers transmitted more than 2 Gbps despite the system’s bandwidth of 100 MHz. OFDM is a method of encoding digital data so that multiple data streams can be transmitted at once.

“We achieved such high data rates using commercially available materials that are not designed for communications applications,” said Tiecke.

The research appears in the journal Optica.

(With inputs from PTI)