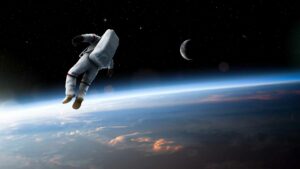 Habitable planets may lie outside the “Goldilocks zone” in extra-solar systems and planets farther from or closer to their suns than Earth may harbour the right conditions to support life, says a new study suggesting a new approach to search for signs of life outside our solar system.

“For a long time we’ve been living, effectively, in one experiment, our solar system,” said Adrian Lenardic from Houston’s Rice University.

The new study, published recently in the journal Astrobiology, includes “a little bit about the philosophy of science as well as the science itself, and about how we might search in the future,” he said.

“It’s a bit of a different spin because we haven’t actually done the work, in terms of searching for signs of life outside our solar system, yet. It’s about how we go about doing the work,” Lenardic added.

The Goldilocks zone is defined as the band of space around a star that is not too warm, not too cold, rocky and with the right conditions for maintaining surface water and a breathable atmosphere.

But that description, which to date scientists have only been able to calibrate using observations from our own solar system, may be too limiting, according to Lenardic.

The Rice researchers determined that life on Earth itself isn’t necessarily a given based on the Goldilocks concept. A nudge this way or that in the conditions that existed early in the planet’s formation may have made it inhospitable.

Similarly, a small variation could have changed the fortunes of Venus, Earth’s closest neighbor, preventing it from becoming a burning desert with an atmosphere poisonous to terrestrials.

“There’s debate about this, but the Earth in its earliest lifetimes, let’s say two to three billion years ago, would have looked for all intents and purposes like an alien planet,” Lenardic said.

“Yet there’s no argument there was life then, even in this different a setting. The Earth itself could have transitioned between planetary states as it evolved,” he added.

We have to ask ourselves as we look at other planets, should we rule out an early Earth-like situation even if there’s no sign of oxygen and potentially a tectonic mode distinctly different from the one that operates on our planet at present.

He believes the right instruments will greatly enhance the ability to find, characterise and build a database of distant solar systems and their planets, and perhaps even find signs of life.

LaFerrari: Not Even There and Already Sold Out!