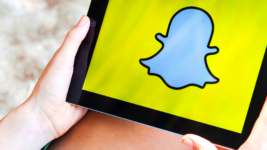 Have you ever wondered how your Snapchat filters work? How that fancy flower crown fits perfectly, and the doggie nose on your face looks so cute? Well, pretty serious technology goes into making these crazy fun features.

Snapchat actually owes a lot of its cool features to Looksery, a major Ukrainian technology player, and a company Snapchat bought for $150 million in 2015. Ever since then, Snapchat has only gotten better.

This pioneering facial detection tool is called the Viola-Jones Algorithm. It works by repeatedly scanning the image data and calculating the difference between the grey scale pixel values. This means the algorithm looks for areas of contrast.

While the main components of the Rapid Object Detection technology are not new, the ability to run them from a mobile device in real time is.

These filters can be used for advertising by putting a brand name right on your face – in the coolest way possible!

HD to 4K: The Evolution of Technology