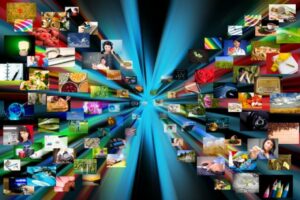 As is the case with many consumer technologies, the Japanese have been at the forefront of many of the developments that we consider to be ubiquitous. While the U.S. started broadcasting in high definition in 1993, the Japan Broadcasting Corporation began experimenting with a high-resolution broadcast in 1964. For many of today’s consumers, HD content is old news. The future of film and television is 4K and it’s here to stay.

It’s hard to find a modern television or computer monitor that is in the old 4:3 aspect ratio. If you do find one, you’ll likely notice how dated the almost-square shape looks along with the poor quality of the image on the screen.

This aspect ratio was first chosen because it was close to the aspect ratio of movies at that time. A similar thought process was put into place when the high-definition standard was being developed. Most cinema had been moving toward wider aspect ratios, like 1.85:1, and the goal was to bring TV into a format that was similar; so the 1.77:1 ratio was chosen, more commonly known as 16:9.

The next logical step for high definition was to improve resolution. Quad HD, which is four times the resolution of 720p, was successful for computer monitors, but not TVs. Instead, Ultra HD (UHD) gained a huge amount of popularity in the television market.

UDH, commonly referred to as 4K, offers users crystal-clear picture quality — a feature that has penetrated not only the TV market, but has caught the attention of the security camera market as well. Security camera systems now offer 4K resolution, which provide users with amazing footage — even from a distance — leaving nothing to question.

While at the moment the amount of native 4K content isn’t particularly high, 4K capture is almost exclusively the standard for many TV shows and movies that are made today. Today’s 4K TVs have the ability to upscale HD content to fit a 4K display and the software behind it has improved greatly.

The advantage that 4K capture has is that in the future, when the internet infrastructure is good enough, content from today can quickly and easily be delivered in its native format.

One of the places that 4K capture is going to have a huge advantage is in broadcasting of live events. Because 4K is four times the resolution of HD, that means you can crop a 4K image to HD while still maintaining full image quality.

A football game, for instance, can be shot slightly wider than needed; if something interesting happens on the field, the studio can zoom in on the action without compromising the HD resolution. This means that fewer cameras are needed to capture an event since you can get multiple digital zooms and moves from a single position.