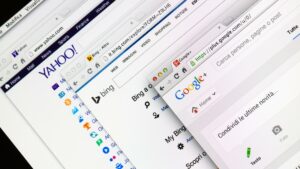 The Supreme Court pulled up Google, Yahoo, Microsoft and the likes for failing to check advertisements for pre-natal sex determination tests on their online search engines.

A bench of Justice Dipak Misra and R Banumathi asked the Centre to convene a meeting of technical experts and the search engines within 10 days. These experts will explore ways to block such advertisements. The petitioner, Dr Sabu Mathew George, will also be allowed to participate in it.

George had filed a Public Interest Litigation (PIL) seeking court’s intervention in view of decreasing number of girl children in the country.

They are patently violating the Indian law and are saying that they cannot do anything. It is not acceptable and this needs to be controlled. They cannot put anything which is against the law of the country.

During the hearing, Solicitor General Ranjit Kumar said that companies were violating the Pre-Conception and Pre-Natal Diagnostic Techniques (PCPNDT) Act, 1994 by displaying the said advertisements.

The apex court had in January 2015 directed the search engines like Google India, Yahoo India and Microsoft Corporation (I) Pvt Ltd to strictly comply with Indian laws and block advertisements on sex determination of a foetus.

Advocate for the petitioner, Sanjay Parikh, said that the order should be reflected on the “home page” so that there is a real warning.

Parikh pointed out that if the order is reflected in the “policy page” or “term and conditions of service page”, it would not serve the purpose.

If any advertisement existed on any search engine, these should be “withdrawn forthwith” by the search engines, the apex court had said categorically.

VR Headsets: A Short Guide to What to Buy