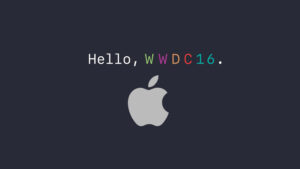 Now that the dust around Google I/O has settled, it’s Apple’s turn to showcase its set of goodies for developers at the Worldwide Developers Conference (WWDC) 2016. Apple CEO Tim Cook will deliver the keynote address in San Francisco at 10.30 pm IST on Monday.

In its previous installments, the address has featured announcements about the latest iOS version, Mac OS upgrades, the Apple Watch and updates on Siri, the voice-assistant enabled for iPhone. Here’s what we’re expecting from the Apple WWDC 2016.

For the first time ever, Apple will open up its voice-assistant feature to third-party developers, in an attempt to improve Siri’s usability and effectiveness. The popular opinion among developers is that voice-based search is set to displace text search as the feature of the future.

Looking to tap into the future, Apple is endeavouring to make Siri smarter and more dynamic.

iMessage will face tough competition from the likes of Allo. (Photo: iStockphoto)

There are numerous messaging apps available right now, with WhatsApp leading the pack. Despite that, Google’s new messenger, Allo (with end-to-end encryption) takes the battle of the messengers to a new level.

Tapping into the increasingly competitive market, Apple is looking to take Android by storm with iMessage, a messaging service that was earlier exclusively available to iPhone users.

With the iPhone 7 to be announced later this year, Apple will be waiting in the wings to launch iOS 10. Viewers can expect the upcoming iOS iteration to come with a cosmetic makeover, newer icons, and upgrades to a slew of apps like Photos, Work etc.

Tim Cook will share more details on the newer version of the Apple Watch. (Photo: Apple)

Apple is expected to share details on the second version of their Apple Watch. We’re waiting to hear what the WatchOS 2.0 has in store for us, including the new features that will be available to existing Apple Watch users.

What’s Apple going to name the MacOS this year? (Photo: The Quint)

This year’s MacOS version for MacBook could offer built-in Siri support, and may let users make payments through Apple Pay on the web browser. In addition to this, we’re also hoping for a new set of utilitarian features for PC users.

The Apple WWDC 2016 event is open to users with iPhone/iPad or an iMac running on iOS 7 or with Safari version 6.0 respectively. If you don’t have a Apple product, you can watch the live stream of the event via Microsoft Edge browser on a Windows 10 device.