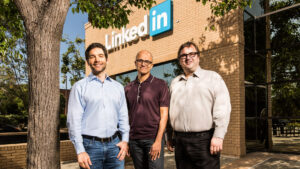 In a statement published on it’s website on Monday, Redmond-based tech giant Microsoft has revealed that it has agreed to buy the world’s largest professional network, LinkedIn, for $26.2 billion in cash.

The offer on the table of $196 per share represents a premium of 49.5 percent to LinkedIn’s Friday closing price. The deal is expected to close in 2016.

Reacting to the news of the take over, Reid Hoffman, chairman of LinkedIn’s board said that this marks a “re-founding moment for LinkedIn”

Jeff Weiner, will hold his post as the CEO of LinkedIn, but will report to Microsoft CEO Satya Nadella under the restructured setup.

Just as we have changed the way the world connects to opportunity, this relationship with Microsoft, and the combination of their cloud and LinkedIn’s network, now gives us a chance to also change the way the world works

How to Choose the Right Server Monitoring Tool for Your Business