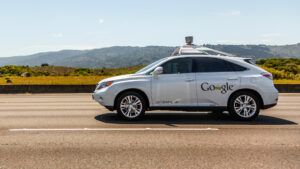 The image-recognition technology in a self-driving car can learn to respond to unfamiliar objects on the road akin to the responses of a human driver, say researchers.

Imagine heading home in a self-driving car and visibility is poor due to heavy rain. All of a sudden, a blurred shape appears on the road. What would you want the car to do? Hit the brakes risking a crash behind you or just keep driving?

Jonas Kubilius from Belgiun university KU LeuvenHuman beings in a similar situation will usually be able to tell the difference between, say, a distracted cyclist who’s suddenly swerving and road-side waste swept up by the wind. Current image-recognition technologies are taught to recognise a fixed set of objects. They recognise images using deep neural networks: complex algorithms that perform computations somewhat similarly to the neurons in the human brain.

According to Kubilius and co-researcher Hans Op de Beeck, a machine like a self-driving car can be trained to recognise images and tell us what the unfamiliar shape looks like.

Kubilius’s team found that deep neural networks are not only good at making objective decisions (‘this is a car’) but also develop human-level sensitivities to object shape (‘this looks like …’).

In other words, machines can learn to tell us what a new shape, say, a letter from a novel alphabet or a blurred object on the road reminds them of. This means we are on the right track in developing machines with a visual system and vocabulary as flexible and versatile as ours

This, however, does not mean that we should safely hand over the wheel.

Jonas Kubilius from Belgiun university KU LeuvenWe are not there just yet. And even if machines will at some point be equipped with a visual system as powerful as ours, self-driving cars would still make occasional mistakes.

Self-driving cars are definitely the future, and we might be heading towards the right way with making them as ‘smart’ as a human, but for now the time when we can completely rely on Artificial Intelligence is still far away.

Where Did You Go Radiohead? The Curious Case of a Missing Band

Protect Your Property Before It’s Too Late: 6 Safety Tips For Large Homes