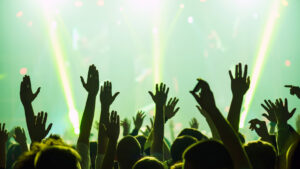 Radiohead, an English rock band, has always had unusual ways of releasing their albums and this time around, fans are speculating if this is a new marketing campaign and when or how the band will release its ninth album.

In a span of 2 hours on Sunday, the band’s website faded to white and all their social media posts – Facebook posts, Tweets, pictures – all went off the internet.

Frontman Thom Yorke has deleted all his tweets as well. With Beyonce dropping Lemonadeand making the interweb go bananas, maybe Radiohead is using the opposite – white space to signify going anti-viral? Except, doing this has made fans and others curious as to what they have in store.

If this is a build-up of an album drop, then what a fantastic marketing technique!

Way to make an ‘anti-statement’ Radiohead.

Captain America: Civil War Could be Best Marvel Film Ever