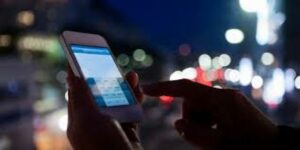 For most people using smartphones, calling and chatting on the phone has become a thing of past. One among five adults owning a smartphone ever use their phones to make calls. Yes, it’s true that conversations are no longer done through phones as there are lots of additional options for chatting with people. As per an accountancy firm Deloitte, among a survey done with 4000 adults, it was found out that 25% of those who had a smartphone hadn’t used to for make a single call through their mobile network in an entire week. This showed a steady decline from the statistics revealed three years back when it was just 4% of smartphone owners who hadn’t used their phones for making a call. It was during the same period that there was a rise in the popularity of social media networks and messaging services like Facebook Messenger and Whatsapp.

The prepaid calling card industry – Are there still people using such cards?

If you were a phone-user, you should be aware of the multiple benefits of using international calling cards. They not only allowed you to speak with your friends and family members located abroad but they were also an extremely cost-effective option. You may visit http://www.enjoyprepaid.com to know more on prepaid calling cards and the various options that you may get.

But are there still people who make use of such international calling cards when they can use Skype, Facebook Messenger and Whatsapp to make calls through the internet? As the power of internet gets stronger and stronger, people are increasingly turning to the web and different online options to use them as their channels of communication. For majority of the people working in offices, whether in the same office or in different offices located in different countries, Skype is already their most preferred means of communication though there are some other applications like Hangout as well.

Will the internet harness technologies which will make your phones redundant?

Well yes, with the present condition of the telecalling industry, the question people face is whether or not the community for software development will gradually give birth to new technologies which can make smartphones and landline totally invalid? The answer to this is question is ‘No’ as your desk phone and smartphone may remain but the phone number might no longer be relevant.

Real Time Communication – What is it?

The abbreviated form of Real Time Communication is RTC and the technology behind it is WebRTC which is an open source and free project which is designed to offer mobile applications and browsers with RTC capabilities. It is through APIs (Application Programming Interfaces) that you can connect to WebRTC. The mission of this project is to create high quality and rich RTC applications and incorporate them within the browser, IoT devices, mobile platforms and help people communicate through a given set of protocols. The WebRTC project is an initiative by Google, Opera, Mozilla and the home page of WebRTC is maintained by the team of Google Chrome.

Are there brighter way of communications in the near future?

The click to call and the WebRTC sounds good but there will be a lot of security, privacy and identity concerns which have to be dealt with. If there’s a change in the way people communicate with each other, there will also be a shift in the paradigm. The whole question of communication encryption will again have to be dealt from base 0. While some may feel that click to call and internet calls are more efficient, some others may still favor the conventional methods.

Don’t Be A Victim: Defending Against Ransomware