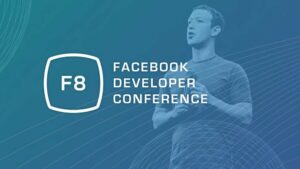 After India rejected Free Basics and opted for net neutrality, the social networking giant Facebook has unveiled two new initiatives to improve internet services for the rural population in the developing countries, including India.

Announced at its two-day annual F8 conference in San Francisco, US, this week, the Antenna Radio Integration for Efficiency in Spectrum (ARIES) system will boost speed, efficiency and quality of internet connectivity in remote areas in the developing countries, a Forbes report said.

ARIES – a base station with 96 antennas that can support 24 devices or streams simultaneously over the same radio spectrum — can cover more users across large, rural areas by using multiple transmitters and receivers.

Facebook said the ARIES will demonstrate a 10x spectral and energy efficiency gain over typical 4G.

“We stand for connecting every person, for a global community, for bringing people together, for giving everyone a voice,” Zuckerberg said at the F8 conference, adding, “Our lives are connected, and I hope that we have the courage to see that the path forward is to bring people together.”

Facebook is currently testing the system at its headquarters and plans to test the system soon in the city of San Jose, California, the report added.

Jay Parikh, Facebook’s vice president of engineering, said that developed economies tend to be hampered by WiFi and 4G/LTE infrastructure that cannot keep up with users’ consumption of photos and video at higher resolutions.

Parikh also noted some of the initiatives by Facebook such as optical fibre which can provide hundreds of megabits up to several gigabits of capacity but are very expensive for most countries to afford.

Facebook’s Free Basics is Internet.org all over again. (Photo: Facebook)

Terragraph can deliver gigabit speeds to dense urban areas much lower costs of fibre by placing small boxes called nodes around the city about 200-250 metres apart on objects such as light poles.

TRAI said that no service provider would be allowed to charge “discriminatory tariffs” for data services on the basis of content.

Zuckerberg conveyed his disappointment in a post but reiterated his commitment to keep working to break down barriers to connectivity in India.

“While I am disappointed with the decision, I want to personally communicate that we are committed to keep working to break down barriers to connectivity in India and around the world. Internet.org has many initiatives, and we will keep working until everyone has access to the internet,” Zuckerberg added.

According to Facebook, it has been able to offer Free Basics services to a billion people across Asia, Africa, and Latin America.

Review: Samsung Galaxy A7 2016 Is Too Little Too Late to the Party