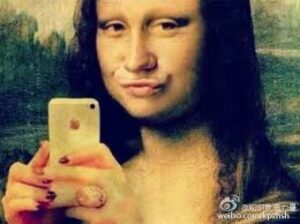 Are you a self-obsessed person who loves to click selfies? Korean researchers have found that narcissists are more likely to show selfie-posting behaviour on social networking sites such as Facebook as well as evince great interest in the feedback they receive.

A narcissistic personality is a mental disorder in which people have an inflated sense of their own importance, a deep need for admiration and a lack of empathy for others.

According to researchers, the involvement in comments received to their own selfies and their interest in other people’s selfies did not however mean that they were more likely to give feedback.

The authors describe the link between the degree of narcissism and self-promotion through selfies in a journal – Cyberpsychology, Behaviour, and Social Networking.

Individuals with a higher degree of narcissism have a more favourable attitude towards the act of posting selfies, said Jung-Ah Lee and Yongjun Sung from Korea University found

Do not worry, not everyone who posts a selfie is a narcissist, but every narcissist might post a selfie!

The Countdown To Wireless Power