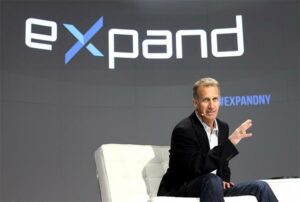 I spent a part of this morning talking to old friend Alex Gruzen who is now CEO at WiTricity and getting an update on what is going on with wireless power.  WiTricity is the leading firm bringing broadcast electrical power to the market and currently they can broadcast power up to a foot with similar performance to a physical chord.  This has applications everyplace from plug-in hybrids and full electric cars, to keeping our notebooks, tablets, and smartphones powered up and the very real eventual probability that we will no longer need wall warts (plug in chargers) for our devices.

Here is where we currently are with respect to the future of wireless power.

We should have some devices in market by year end in this consumer electronics class of product.   This means you should be able to implement both a charger and a receiving device in your office, home, and car with a limited number of cutting edge devices in a few months.  This will be most attractive for folks living on the bleeding edge of technology and willing to make some sacrifice in order to get one of more cutting edge features like full wireless charging.

Because device numbers will initially be low getting someone like Starbucks to implement this outside of one or two test stores initially will be difficult.  So my expectations are that even though you should be able to have this working in your home, office, and possibly your car by year end for some phones it’ll likely take until late 2017 or 2018 to get this technology spread wide enough so that there will be a significant number of places you can charge wirelessly and a number of phones, tablets, and laptops you can buy with the technology.

Perhaps the biggest opportunity for this technology is with plug-in hybrids and electric cars.  This is because installing a power broadcasting unit in the floor of your garage would automatically charge any car parked over it.  Currently something like 75% of plug-in hybrid users just don’t bother to plug in their cars at night and electric car users often forget or find the whole plugging the car in and unplugging it part really annoying.    This would eliminate all of this and you could even put the technology in parking structures and parking lots with a far lower risk of vandalism than with charging stations and tied to some kind of RFID billing system the car’s power consumption would automatically transfer to your credit card and with chargers at home and work you’d likely never have to worry about plugging in your electric car again and even plug-in hybrids might go largely gas free in such a world.

This will be particularly useful as we move to autonomous cars because, after dropping you off, they could drive themselves to a charging station and automatically charge up; then go park themselves until you are ready to leave.   You could imagine special parking structures just for self-driving cars which would allow for charging and then storage in relative high capacity (because you wouldn’t need extra room to open the doors).   I expect, however, when we get to this point companies like Uber will buy these parking structures for their own cars’ use; and the lack of parking for owned cars that will result will push us all into using Uber rather than owning our own car.

We won’t start seeing cars with this capability until 2017 and self-driving is supposed to become common shortly after 2020 so the combination suggests, for a lot of us, we won’t be worried that much about gas or recharging our cars come next decade.

It is hard to talk about this stuff and not think about Nikola Tesla, who died in the 1940’s trying to prove he could broadcast electricity.   Nearly 80 years later we are nearly at the point there Tesla’s vision becomes reality and the likely biggest beneficiary will be a company that bears his name.  Given that once we have wireless power the range and efficiency will increase I wonder how long it will be before we lose plugs and in house wiring altogether and have to simply place a device in the home or on the wall in order to power it?   My guess is we are still 30 or more years from this but with the explosion of thinking machines, I expect, we’ll see a breakthrough here far sooner than we think because those machines, to be mobile, will need broadcast power.

There is a new cordless world coming and I for one can hardly wait until it gets here.

Mobistealth for Business: The Ultimate Defense Against Corporate Espionage – promo

Are You Crazy About Posting Selfies? You May be a Narcissist