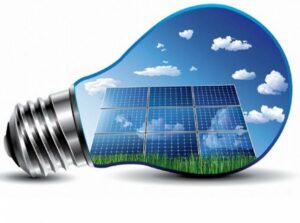 The year is off to a bright start, as solar industry analysts predict 2016 will be the biggest year for solar energy in the United States. Solar installations are expected to more than double over the next 12 months, growing from an estimated 7.1 gigawatts (GW) at the end of 2015 to 15 GW by year-end, reports GTM Research.

Solar technology is constantly evolving. While there are dozens of different PV solar cells in existence today, the two most common are crystalline silicon and thin film cells. Silicon cells have dominated the solar marketplace for years. But thin film cells—with their low manufacturing costs, improving efficiency levels, and wide absorbance spectrum—are poised to become a more prominent player in 2016.

The most common solar cells, crystalline silicon (c-Si) have proven to be reliable with high efficiency levels that range from 12 to 25 percent. Although these silicon cells have the highest initial cost, they are suitable for a wide range of applications and are able to withstand harsh conditions such as space travel.

Thin film cells are still a relatively new concept. Less expensive to manufacture than silicon cells, thin film solar cells are more flexible, and can capture energy at shorter wavelengths than crystalline silicon, making them better at absorbing light. The primary shortcoming of thin film technology has been its lower efficiency levels—but that is changing.

Arizona-based First Solar, Inc. is the largest thin film solar cell company in the world, with manufacturing facilities in Malaysia and in Ohio. In June of 2015, the company’s cadmium telluride (CdTe) technology achieved a full panel efficiency of 18.2 percent, making it a world record for thin film. With these efficiency levels, industry experts predict thin film will be increasingly competitive with polycrystalline panels—especially where there is ample space to install thousands of panels, such as community solar sites.

Community solar is taking off across the nation. By the end of this year, GTM Research predicts the U.S. community solar market will reach 465 megawatts—seven times the amount installed at the end of 2014. The outlook for 2020 is even more impressive. The National Renewable Energy Laboratory (NREL) and the U.S. Department of Energy (DOE) predict that shared solar could reach up to 11 GW and comprise half of all distributed (small-scale) solar electric generation by 2020—representing as much as $16.3 billion in solar sales.

After forming a partnership with First Solar in 2014, community solar developer Clean Energy Collective (CEC) unveiled its first thin film project with Black Hills Energy near Pueblo, Colo. The 120 kilowatt (kW) “roofless” solar array enables multiple residents to buy into the 1,280-panel photovoltaic (PV) facility, and receive credits on their electricity bill for the clean energy generated by their share.

An Innovative Concept in Solar Energy

Roofless solar itself is a new concept in solar power. Individuals and businesses may purchase solar PV panels in a shared solar facility to offset the electricity demands of their home or business. Made possible through utility partnerships, each roofless solar array sends clean energy back to the utility grid, where it is distributed to ratepayers or members of a utility cooperative.

Because the solar production does not take place on an individual rooftop, virtually anyone can participate—renters, school districts, municipalities, condominium owners—and receive credits on their electric bill for the power their panels produce. “I think the concept of what we’re looking at here will grow,” said Colorado Senator Larry Crowder (R-Alamosa) at the grand opening of the Black Hills Energy project. “This obviously is a pilot project and I think there’s merit to it.”

The Future of Thin Film

Considerably thinner with the potential to be sold at a lower cost, thin film technology is still in its early stages and not yet available for rooftop systems. However, because thin film panels are both lightweight and flexible, they may be incorporated directly into the roofing materials of buildings in the near future.

For now, thin film is making its debut in the community solar market with three new projects under construction: one in Rifle, Colo. and two new facilities in Texas.

“With the upcoming increases we’re looking at in the power industry, I think this will do nothing but benefit the consumers who use it,” Crowder said.

How To Protect Your Site From A DDoS Attack: 4 Step Protection Plan