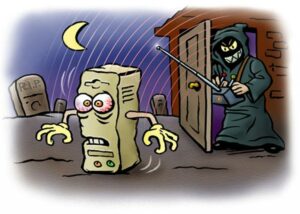 Of all the online threats your company currently faces, a DDoS attack has got to be one of the most daunting and dangerous. In simple terms, a Distributed Denial of Service (DDoS) attack will attempt to shut down your website by overwhelming it with traffic from multiple sources.

It can be used to damage your underlying server infrastructure, exploit vulnerabilities in application protocols, or even act as a smokescreen for other malicious activities. With so many potential points of attack and possible consequences, reducing the risks of DDoS is absolutely essential for businesses operating online today. But what steps do you need to take in order to protect your own site?

Prepare for every eventuality

Even though there are numerous security steps you can take, no site is completely impenetrable to a DDoS attack. Therefore, you should prepare for every eventuality by discussing potential issues with internal IT teams and seek advice from your hosting provider, as solutions such as 100TB Cloud Servers feature specific security measures for DDoS protection.

By having an actionable response in place, which not only identifies technical holes and escape routes but also establishes roles and tasks among your staff, you can lessen the detrimental impact of a DDoS attack.

Identify the type of attack as soon as possible

DDoS prevention software, which features sophisticated algorithms that identify the different sources of traffic your website is receiving, can help to identify the type of attack as soon as possible. This enables you to filter malicious bots, permit legitimate traffic, and establish whether the attack is from a bedroom hacker or professional outfit.

Generally speaking, assaults that exceed 50 Gbps tend to be professional and often use weapons known as booters and stressors, which are important to monitor. “We do keep track of known botnets, so we would know the weapon used, if not the criminal mounting the attack,” notes Tim Matthews, vice president of marketing at Imperva Incapsula.

Keep calm and carry on

In the event of an attack, try to keep calm and carry on. Make every endeavour to keep your services running and let clients know what is going on. With a coherent contingency plan in place, your response should be sufficient enough to cope.

However, this should not involve paying a ransom to hackers. “There is no guarantee that the criminal will honour the agreement,” adds Matthews. “Paying will only identify you or your organisation as a mark, and they may come back and ask for more.

Learn from the attack

Once you’ve mitigated the attack, issued press statements and handled any regulatory or compliance issues, you should gather up and analyse relevant data to prevent the same thing from happening again. For example, you may be able to identify network bottlenecks and then choose an infrastructure chain that is more adept and durable.

Protecting your organisation’s online assets from a DDoS attack is an ongoing responsibility, which constantly requires attention. So, don’t be fooled into thinking that just because you dealt with one attack, you will be able to handle another.

Can Thin Film Technology give Solar Energy a boost?