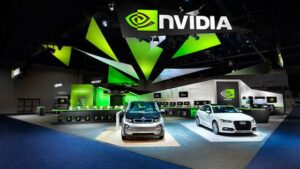 It turns out that autonomous cars, also called self-driving cars, require a massive amount of computational power so solutions are attractive to chip makers because they’ll consume a ton of high performance CPUs and GPUs.    But unlike other battles between these two companies that focused on the part, in this case, NVIDIA and Qualcomm are approaching the market very differently and this says as much about what makes the auto industry different from the technology industry as it does about the two firms.

In short NVIDIA is building what is basically a plug and play automotive solution called Drive PX 2.  A box that car makers would put in a car that would be hooked to the car’s control and sensor networks to make the car autonomous.  Qualcomm is positioning the 820A version of Snapdragon at the same opportunity but the car maker using it would have to flesh out the solution.

Large car companies tend to want to own as much of a soliton as possible.  Their parts are, with some exceptions, are designed by their engineers.  These exception often are electronics like in car entertainment systems that are built by specialist firms but still mostly built to the car company’s specifications.  As a result there are few parts, even advanced electronic parts, that work on more than one car company’s cars and often they won’t work on all of their cars either.

Where this may be different is when it comes to safety and compliance.   Often they find that buying a a 3rd party solution that meets government standards has a huge time to market, cost, and risk reduction aspect and thus for some safety (seat belts/air bag components), anti-smog (catalytic converters), and other compliance (light bulbs) they will buy pre-configured components.

The smaller a company is or the more specialized the car (law enforcement for instance) the more likely they are to leverage third party solutions over their own.

We don’t know what the regulations will be for self-driving but the expectation is they will be unprecedented because of the risk associated with a failed system.   This regulatory component hasn’t been widely discussed by either the car makers or the technology providers much and it is one of the large gating factors limiting the advancement of this technology.  This provides the greatest opportunity and risk for NVIDIA’s approach.  If their packaged solution becomes the core of the regulation than it could initially become the specification and eclipse the individual efforts by the OEMs.  If it does not it could force NVIDIA back to the drawing board and put them in a race with the large car companies in order to get a solution that is compliant.

Since the NVIDIA solution crosses car vendors and NVIDIA is a US company the odds favor their solution being at least a major component of the specification but governments often don’t behave reasonably so this does represent a risk.

Qualcomm’s risk is very different.  They are competing at a parts level and for a goal that isn’t fully defined by regulation yet.   In addition their traditional advantages are more tied to radios than deep learning processing and their sensor experience isn’t coupled with the type of sensors that automobiles use though the skills should be transferable.  So while they might not be hurt by a surprise standard or compliance issue they are competing on more of a level playing field with other processor vendors than they are used to.   As a result this could become more of a distraction for them from other markets they are better suited to compete in, one more closely connected to their radio advantage.   Now if they can tie the radio component more tightly into their solution and if the interconnection between cars, both to each other and to central services, becomes a stronger component than they should gain an important advantage.   But, while this interconnection is theoretically very important, there isn’t a lot of emphasis on it yet.  Though, I expect, if there is a surprise in the regulations this, because of the safety component, would likely be where it resides.

This isn’t a war between processors, at least not when it comes to NVIDIA and Qualcomm but between approaches and currently it is between NVIDIA’s packaged solution and the more typical do-it-ourselves approach that car makers traditionally favor.  Qualcomm better fits within the latter but they’ll have a massive amount of competition.  In the end it likely will come down to how the governments set up regulations surrounding autonomous vehicles.   If NVIDIA is at the core of the approved specification they could, at least for the first several years, own the segment.   If they miss their opportunity will be far smaller and tied to car companies that can’t afford to do it themselves.   If the radio component of the solution becomes the surprise part of the eventual regulation than Qualcomm’s advantage in this area should give them a far better position than other processor vendors but if it doesn’t then this segment could become an expensive and unprofitable distraction to the firm.

Can Thin Film Technology give Solar Energy a boost?