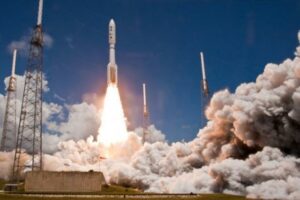 As we come to the end of 2015 there are five things that didn’t really take off like the industry seemed to think they would.  Each had promise, and some may take off in 2016, but for 2015 they were a bust.   Let’s look at each in turn as we close out the year.

This always seemed kind of stupid.  A TV is a shared experience device.   This means it has to be designed for a group of people sitting around the room to watch.  Curved screens are great for the person sitting right in the middle of the TV viewing area but they really suck for anyone sitting to the side.   In addition they look kind of goofy on flat walls and come at a premium price (or did, you can find some pretty good deals on curved TVs this month).   A good lesson that just because you can do something doesn’t mean you should do it.

Now this actually kind of made sense.  Phones are single user devices and hands aren’t flat.  In addition people tend to put their Smartphones in their back pockets and, with the exception of a few unfortunate older guys, butts aren’t flat so you would have thought that on Smartphones curved screens might have caught on.   I think the big problems were they just looked too different and you really couldn’t get a good protective case for them (a lot of us drop our phones).  The good news is you now you can buy some great current generation curved screen unlocked phones on eBay for a fraction of their retail price.   But they sure didn’t take off in 2015.

Outside of exorcise focused products which did OK, Smartwatches largely were a disappointment.  The issue was twofold.  Apple, who was the most visible of the Smartwatch vendors, created a product that didn’t actually look like a watch, more of an iPod with a band, and outside of Apple fans (who buy everything Apple) this class didn’t do well.   The folks that did build watch like products didn’t really have the money to market them and functionality was all over the map.  In the end we left the year still wondering whether folks really wanted a redundant Smartphone display on their wrist or were better served just using their Smartphone alone or less complex exorcise band.

What I think is interesting is that the reason the iPod was so successful is that it improved on an existing class.  The Walkman tape or CD player just played music and the iPod did that one thing better.  The one thing most Smartwatches don’t do better is tell time and Apple is the farthest from this ideal not the closest.  I think the biggest problem with this category is that the device isn’t a better watch, it is something else entirely.

Tesla aside 2015 still wasn’t the year of electric cars and the massive drop in gas prices this year makes it unlikely that 2016 will be that much better.  The issue remains a combination of battery cost, battery functionality, and availability of high speed charging stations.  Not only didn’t the economics work for most but the realization that in areas where electricity is generated by coal or oil electrics are potentially worse for the environment then gas powered cars are.   The remains mostly ideal for people that live in dense urban areas and have solar power on their homes.   Which, unfortunately, is where most men drive trucks and an electric F-150 Ford like vehicle isn’t yet on the market.

There are a ton of efforts from the legacy Z Wave, ZigBee, and Insteon stuff to the new Alljoyn stuff but nothing is, as yet, really catching on.  We seem to be getting ever closer and next year Amazon, Samsung, LG, and maybe Apple will be entering this segment but with very different solutions.   Amazon with their Echo has been quietly expanding in this area and could well own the segment my year end 2017.  But here in 2015 Home Automation, or Smarthome as it now is called hasn’t really moved out of the hobby space.  I expect this will happen shortly but, sadly, I said the same thing in the early 1980s so I wouldn’t hold my breath.   But, back in the 1980s we didn’t have a firm with the power of either Amazon or Apple so this time I might actually be right.

There were some other things that didn’t make it this year, for instance Apple tried to bring back the iPod but the world yawned, so this is hardly an extensive list.  While I have my doubts curved screens are ever going to catch on it is really only a matter of time for Electric Cars, which will lend themselves nicely to autonomous driving which is also coming, and Smart Homes will eventually become common as well though it is sure taking an impressive amount of time.  Realize the first demonstration of a commercial Smart Home was by Disney in the 1950s.   (And that house, built of Fiberglass, was better at surviving natural disasters as well than houses we currently are building).    Smartwatches however, now their outcome is really uncertain, clearly wearable technology will catch on but it makes more sense for it to eventually end up on your head and closer to your eyes than on your wrist.   Since we have head mounted displays in play as well it is a race to see if the wrist mode will make it before head mounted wearable tech makes it redundant.

What’s to come in 2016 for Apple Technology?