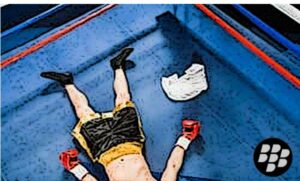 The new Blackberry Priv will hit the markets this week and if not successful, could be the company’s last phone. As the name implies, the $699 “Priv” will concentrate on user privacy, featuring some of Blackberry’s highly regarded security and productivity features, and a physical keyboard, typical for the brand, which slides down from behind the screen. It might be the company’s last try to gain a foothold in the hard embattled smartphone market.

Blackberry has been around since 1999, gaining popularity as a business phone, famous for its email software and legendary keyboard. A lot changed in the smartphone business over the years and the Canadian company eventually lost its grip on the market, nearly becoming obsolete. Two years ago John Chen took over as the new CEO and vowed to get the hardware business back on track or give it up completely.

Chen tried to push sales with new smartphones running the company’s own operating system, concentrating on business clients and a physical qwerty keyboard. With less than one percent share in the global smartphone market, Blackberry had difficulty convincing developers to make compatible applications for its unpopular operating system. The lack of applications made Blackberry less attractive for users, therefore in 2014 Blackberry opted to use the Android OS in its new “Passport” phone. Blackberry had no ambitions to dominate the markets, they hoped that the unconventional but business-oriented form of the Passport, plus the company’s reputation, could help it find its own corner in the smartphone market, helping stabilize its phone sales. Unfortunately the Passport and the following devices did not meet the company’s expectations, sales dropped to 800,000 shipped units in the last quarter, the lowest since 2007.

Spectre, what do the critics think