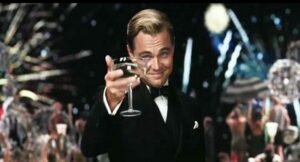 The Millionaires Index is a new research program led by Pollen VC and Priori Data. Against common belief that there is no money in apps, the Index shows that 1,887 app developers and companies have already generated $1 million in revenues from their apps, in the past 12 months.

Games are still the big money makers, bringing in most of the revenue in both the iTunes and Google play app stores, with 78% of app developer millionaires making their money from creating and marketing gaming apps.

MiDIA Research, a market research and analysis firm, gives developers hope, forecasting a 24.5% rise in revenues by 2020, saying that  “Android and Apple iOS will drive the growth at 46.8% and 19.9% respectively,”. Other platforms will not be able to compete with the two big A’s, but could offer a chance for adventurous developers who might want to try their luck.

Will Blackberry throw in the towel?