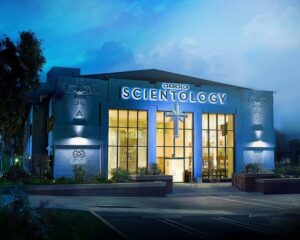 The Belgian branch of the L.A. based Scientology Church could be banned if convicted of fraud and extortion. The Belgian authorities demand to know how the church finances itself. First investigations were launched in 1997 after complaints from former members, followed in 2008 when an employment agency accused the church of recruiting new members with false job offers.

Eleven members and two affiliated bodies are being charged with fraud, extortion, running a criminal organization and violating the rights to privacy. The treasurer said that the revenues were approximately 5,000 euros a week, from sales and training fees, and that she worked for free in exchange for being exempted from church fees.

The disputed Scientology Church, a recognized religion in the United States and a few European countries but believed to be a scam by some people, denies any wrongdoing and is confident that it will be cleared of all charges.

“Not only does the church contest the charges against it, which affect the fundamental rights of all Scientologists, it also intends to denounce the serious judicial abuses against it of the past 18 years.”

The church with prominent members like Tom Cruise and John Travolta, was founded in 1957 by the science fiction author L. Ron Hubbard and claims to have over 12 million members worldwide.

The Nexus 6P has the swagg