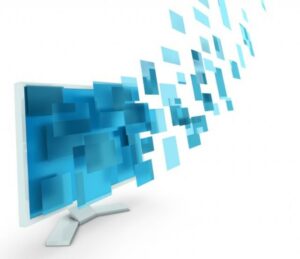 A new generation of hardware solutions is coming to the market from the biggest suppliers of workstations and servers. Exploiting new silicon technology from suppliers including AMD, Nvidia, Teradici and others, it is gathering support from remote-hosting software vendors such as VMware, Citrix, and Microsoft, and OEMs such as Boxx, Dell, Lenovo, and others. The OEMs have launched server-class products capable of delivering a 3D graphics experience comparable to what professionals in graphics-heavy fields like AEC, manufacture, design, and entertainment have come to expect from their desk-side machines.

Advances in semiconductor technology, software, and network technology are enabling high-demand, visually intensive professional to be accessible remotely. As the technology evolves the benefits have become compelling, the technical tradeoffs are more favorable, and all the right names in modern computing are building and supporting capable solutions.

Conventional wisdom suggests that workloads simply shift. The work that’s being done on deskside and laptop systems today shifts to the cloud meaning fewer workstations and laptops are being sold. Reality is shaping up differently. Far from reducing the sales of workstations, the virtualization of graphics has increased the sales of workstation-class graphics add-in boards. Even the most optimistic forecasts for server-based computing wouldn’t put a major dent in the traditional market for workstations.

Virtualization expands the workstation market by making high-performance graphics capabilities available to those areas of the market where traditional workstations have had a tough time penetrating — that larger, under-served area of applications likeCAD. That means this new generation of virtualized workstation products will outsell traditional desk-side workstations and expand the presence for workstation-caliber solutions.

There are also multiple supply chain benefits to virtualization.

1. Companies can now leverage their capital equipment by truly operating 24-7, sales people all over the world can access the servers to pull up design drawings for RFQs, and certifications.

2. Inventory levels can be checked anytime, anywhere, on any machine.

3. All the data viewed is non-persistent, so it can never be copied, lost, or stolen – the ultimate in security.

And it is totally secure, which is one of the reasons the medical and medical information segments are gravitating to it. When a user is at a remote location, say a very public coffee shop, and he or she calls the server to look at a design, an x-ray or some highly sensitive document or drawing, after looking at it, and maybe even making a few edits, once the machine is shut down or the app closed, all traces of the data disappear because it was only pixels delivered from the server. Now if that remote workers laptop top or note book is lost or stolen, no sensitive data can be gotten from it. The cloud paging techniques like that pioneered by Numecent take this even a step further.

JPR has just wrapped up a survey of end users and asked them questions about their awareness and interest in virtualization and remote graphics.

The first thing to find out was if they even knew what a virtualization thingie was—they did, and a large proportion of them (11%) said they were already using it.

We also wanted to make sure the people we were asking were senior enough, and technical enough that their views and response would be meaningful, and they were. Over 18% of them were senior management, and the 62% were engineering and manufacturing managers.

Last year we focused on industries in the engineering community like CAD. This year we broadened the scope to try and reach people in all industries that uses graphic for some part of tier process.

At our forthcoming conference on virtualization, which will be held at the SFO Hyatt on the 29th of October (http://www.jonpeddie.com/events/details/jpr-virtualize-2015 ) we will release the full report and discuss it as well as many other aspects of remote graphics, cloud paging, virtualization, and web-based apps.

Are 3D printers and robots the future of construction