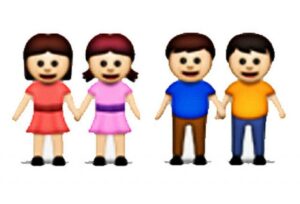 The Independent reported recently that a Kirov lawyer, a region west of the Ural Mountains, complained to the police, that Apple was violating the law by promoting “homosexual propaganda”. Regional officials are investigating if the emojis on Apple’s iOS, showing same-sex couples or parents, are against a recent law that bans the promotion of homosexuality to minors.

If found guilty, Apple could be charged to pay a fine of up to 1 million rubles (about $15,000) or risk its products being banned in Russia. The emojis have been a part of the operating system’s Unicode since iOS 8 and are integrated into the keyboard.

This is not the first time that the emojis have been questioned. Vitaly Milonov, an anti-gay Russian lawmaker, argued that Apple could create a version without the controversial emojis, he even suggested generally banning Apple because Tim Cook, the company’s CEO, publicly admits to being homosexual. If convicted, the fine will not bring the company’s finances under pressure, but it would open the way for the likes of Milonov to put themselves in the spotlight, helping them ride on the homophobic wave, currently gaining momentum in Russia.

Why we want to nuke the Martians