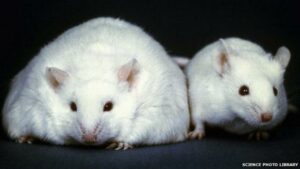 It has been around the press for awhile now, that bacteria in our stomach play an important role in our health. There are up to 1,000 types of bacteria and other microorganisms in our digestive system, this microbiome influences our digestion, metabolism and general health. It is known that there is a connection between illnesses, like diabetes 2 or obesity, and the composition of our gut microbiome, it can even affect depression or the body’s response to different cancer treatments, but how and why we are affected is not really clear.

The interaction of microorganisms with food  and between themselves is very complex, making it difficult to follow the effects they have on each other, until now. Researchers at Chalmers University of Technology have developed a mathematical model that predicts how patients will respond to a diet, depending on the composition of their gut microbiome.

Their diet experiments had shown that all patients had lost weight, as expected, but those with a low-diversity gut microbiome had an improved blood chemistry compared to others. Interesting is that the biologists modelling tools were able to explain why both patient groups reacted as they did. This could help physicists identify patients at higher risk of cardiometabolic diseases, modifying their diets and thus improving their health considerably.

Probiotics, like the ones found in yoghurt cultures, are being used to stabilize the intestines, but researchers hope to help patients with a dysfunctional metabolism, in the future, by adding intestinal bacteria. Jens Nielsen, head of the research team, says

The good news is that it is not always our fault when a diet doesn’t work, the better news is that scientists are finding ways to improve our health without bombing us with chemistry.

Saving General Yang: See It on Netflix Because We Said So