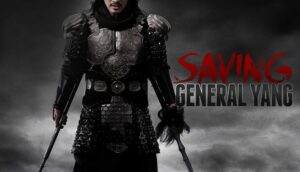 Netflix has an awful interface. Its recommendation engine is, well, listen to this:

So, it’s our civic duty to make a recommendation because we have trawled through the pits of Netflix and found this gem, Saving General Yang. A 2013 Hong Kong epic that tells a based-on-a-true-story tale of seven sons as they fight to save their entrapped General father from an invading army.

The real gist of the story is that a mother sends her 7 sons to rescue their venerable old man who is under siege at the hands of a vengeful son of an opposing clan and they walk right into a trap.

Suffice to say, it doesn’t have a traditional happy ending. But, it does have a lot of epic scenery, fighting, and you really feel for Yang, his wife, and the kids. It’s awesome Hong Kong movie making.

Where the movie fails is in having a “feminine” streak, a heart if you will. It’s not your traditional Asian martial arts epic. It’s got this story with 7 brothers, who wouldn’t look bad in a boy band, and you have to juggle a bunch of random plot points.

But, it is fun, and it’s the kind of movie that makes you glad for Netflix, and services like it. Give it a try.

Snowden has a theory of why we can’t hear aliens

A tailored microbiome could be the future for successful diets