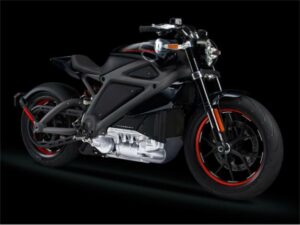 No there are no plans for a V12 Harley with the code name Hulk. On the contrary, the Milwaukee company is working on an electric motorcycle, called project LiveWire.

Despite new models and an increase in sales, investors are slowly losing faith in the Harley-Davidson Inc shares (HOG). After a high of $70 in December 2014, the shares are trading at around $55, giving the stock a neutral rating.

Harley Davidson bikes have always been the epitome of masculinity and coolness, with the likes of Brando, Schwarzeneggar or Stalone (to name only a few) immortalizing the brand in their movies. But the latest cameo in a movie was in Avengers: Age of Ultron, with Scarlett Johansson’s character “Black Widow” riding an electric Harley Davidson, giving us a taste of the new electric Harley (and the first female rider).

The project LiveWire experience tour is already on the road, giving chosen customers a chance to test the new e-bike, gathering reactions, and getting the community acquainted to the idea of an electric Harley-Davidson.

The legendary brand is moving away from the Men only, leather jacket club to a new, more modern, women-and-techies-welcome image. Only time can show how successful the new strategy will be. At least the environment will be grateful, if not the easy riders of the world.

On the following page you can see the promotion video and the first test drive.

Here is a video from CycleWorld Magazine testing the electric Harley

The Cicret behind the futuristic bracelet

Paper airplanes, from the playground to World Records