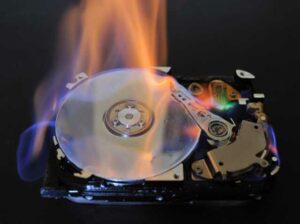 There has been more smoke than fire when it comes to Hillary Clinton’s private email server.

At the time she was using her personal email server there were no restrictions (let alone recommendations) for how high-ranking officials should indulge in emailing, texting, messaging or whatever. Washington just hadn’t caught up with the modern age.

Oh sure, they’ve always discouraged storing or sharing classified documents but so far the only sensitive emails Hillary received weren’t actually classified as secret at the time. They were retroactively classified as ‘secret.’

Granted, after she turned over thousands of emails a few months ago she had her e-minions try to wipe the rest of her server (which does sound a bit suspicious). Why would she want her server erased? What exactly was on there that she didn’t want anyone to find?

Like Tom Brady destroying his cellphone the day after deflate-gate came to light, you have to wonder what he (or Hillary) was trying to hide. You don’t just randomly destroy your cellphone or wipe your email server without a reason.

Now I don’t think that Hillary was trying to hide classified documents and I don’t think she was trying to hide intimate sexting messages or naked selfies sent to Bill (or some other secret lover). At the worst it was probably information about some shady real estate deals or emails soliciting illegal campaign contributions. But more likely it simply contained emails bitching about her political opponents or an exchange of racist jokes. Or it could be nothing more than Hillary making nasty comments about people she didn’t like – comments that might come back to bite her.

And frankly, I don’t really care.

What I do care about is the fact that her e-minions (who you would assume were very good at what they do or they wouldn’t be working for the Clintons in the first place) had months and months to permanently destroy any damning information that might be on those servers.

But they couldn’t even do that right!

Now that the FBI has had a chance to play with the actual hardware they seem pretty confident that they can restore many if not most of the deleted files.

How on earth could a competent IT person not know how to permanently wipe a hard drive? Did they really believe you could simply drag a bunch of files to the trashcan icon and they would be gone forever? If that’s the case then everything on Hillary’s server was probably vulnerable to just about any hacker anywhere in the world.

Granted, Hillary probably told her people to only wipe some files but leave the others alone so that it wouldn’t appear like she was hiding anything. So they had to figure out a way to hide the holes while leaving the rest alone, and that is a bit trickier. But they could have easily just bought a brand new hard drive and copied the files she didn’t mind people seeing, one by one, oldest to newest, from the old drive to the new one then swapped the drives. Then they could simply drill a few dozen holes through the old drive, pop it into a microwave set to ‘carbonize’ then used it for a bit of target practice before scattering the pieces along the campaign trail.

However, if Hillary or her e-minions (or Tom) actually knew how telecommunications work these days they might have realized that wiping your email server’s drives (or destroying your cellphone) doesn’t delete everything.

Just two weeks ago, in the latest release of new Edward Snowden documents, it was revealed that AT&T has been working closely with the NSA since before September 11. It turns out (to no one’s surprise) that beyond the cellphone metadata collecting that we all know about, AT&T has also been routinely sucking up all Internet traffic for decades and turning everything over to the NSA. That’s ALL Internet, text and cellphone traffic – including Tom Brady’s deflate-gate texts and any emails sent or received on Hillary’s email server. And even if you believe the NSA only collected meta-data that would still include records of times and dates of every text message or phonecall Brady ever made including the numbers of any phones that he texted to or called (and that would include the equipment people who got served up as scapegoats).

Destroying the cellphone or wiping the email server is the equivalent of a bank robber looking up in the middle of a heist and realizing that there are security cameras everywhere so they shoot the cameras not realizing that all the captured video has already been sent to recorders located somewhere else. Tom’s text messages and Hillary’s emails are not only stored on the cellphone or  email server, there are copies of everything on AT&T’s and the NSA’s servers too.

The Chrome app Vysor and how it works