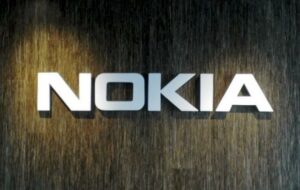 For most of us Nokia was our first cell phone, the name awakens fond memories of the time when we used cell phones to make phone calls.

Once producing rubber boots, Nokia grew to become the synonym for mobile phones. Although Motorola was the first to introduce mobile handsets to the consumer world, Nokia played their cards right and soon became the dominating brand for cellphones, owning 41% of the market at their peak. Then the good ideas turned into bad decisions.

Motorola struck back with the Razr, an ultra thin flip-phone, that forced Nokia out of the American market. Apple joining the handset game with the iphone, a smartphone made to appeal to private customers, didn’t help either. An unwillingness to change their design concept and a slow or nonexistent OS development pushed Nokia’s cell phone department off the cliff, pulling the whole company down with it. In 2010 they turned to Microsoft in desperation and a few years later Nokia’s mobile device business was sold off to their alleged savior, Microsoft.

But not all was lost, Nokia managed to survive as a brand and is fighting back, German car makers are now opting to use Nokia Maps in their cars. Also the company has introduced OZO, the first commercially available VR camera, targeting professionals and content creators, hoping to dominate the digital media market with new products to come. Finally, despite past setbacks, the new, Norwegian, CEO recently announced that Nokia will re-enter the mobile phone business next year, aiming to reclaim the company’s past glory.

Let’s see if they play their cards right this time.

Nextbit, ambitious to reinvent the smartphone