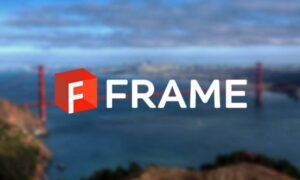 A few years back I was at an NVIDIA event called Emerging Company Summit showcasing interesting new companies and one firm stood out called Mainframe2.  What made this firm interesting was they were promising to take us back to what was a simpler time the mainframe years where you just powered on a terminal and someone else worried about keeping everything working.  But their solution would run all of your current Windows software.  You just needed an internet connection be willing to pay a nominal monthly fee and your PC would be like your phone, anyplace where you had a signal and it would display on anything that had a screen (including our phone).

Well Mainframe2 evolved and this week they relaunched as Frame to finally bring this solution to market at scale.  A lot has changed but we seem to be going back and revisiting what we liked about the way the world was before the PC while taking everything the PC is with us.

I started out in the mainframe era and it was a really frustrating time.  The technology was slow, glacially slow, getting IT to create a new program took years (there were few off the shelf apps back then) and when you finally got it the damn thing had little similarity to what you asked for.   But there were advantages we lost. Someone else worried about security and maintenance, viruses, for the most part, were just a small annoyance, and powering up in the morning only took time because those old CRTs (Cathode Ray Tubes) had to warm up before they’d work.  Those that got the last generation of terminals actually powered up surprisingly fast compared to a PC and by the time mainframe stopped being a desktop host it would even retain state allowing you to change locations and terminals and still start off where you last ended up.

Many thought the ideal PC experience would be to blend the concepts of the mainframe that made the experience appliance like with the flexibility of the PC.  This would allow you to have an instant on, robust, relatively secure workspace that retained state yet still be able to load and run current apps.

But getting there has been a bitch because of several historic problems with network latency and server performance at the top of the list.  However over the decades networks have become vastly faster and, more importantly, the latency issues have been greatly reduced.  In addition NVIDIA came to market with a server specifically tuned to provide this capability called Grid and while it initially was focused on high performance on-line gaming they quickly saw that if you could make gamers happy you could make productivity and even workstation users happy as well.

In fact with this relaunch the firm is focusing mostly on workstation users those that need incredible levels of performance on demand.  And the result is arguably more secure, more robust, and with exception of needing a decent internet connection, potentially more mobile than anything else in the market at a workstation level of performance.

Wrapping Up:  The Next Generation PC

Computers started out as big services which lacked flexibility but kind of worked like a telephone did.  In making them more personal and flexible we somehow lost that appliance like experience and most of use that lived through this change want both.  We want the flexibility of a PC and the appliance like experience of the mainframe.  Services like Frame and hardware like NVIDIA Grid showcase that many of us can get the best of both worlds and these services will likely have a lot to do with the next age of personal computing.  In short the next generation of PC will be a blend of both the older and newer concepts into a service that will redefine how we work and play digitally.

Logan’s Run Reboot Back in Play