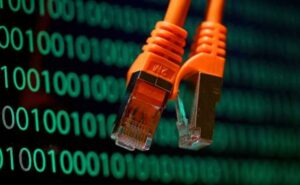 Apparantly republicans are tired of having their anti-Obama cries fall on deaf ears so they’re introducing a new bill that would let them directly interfere with other government agency regulations – specifically the FCC.

Georgia’s Republican Representative Doug Collins has introduced a new bill that would allow Congress to fast-track their disapproval of federal regulations implemented by other government agencies. Specifically the bill, if passed, would make it easier and faster for Congress to shut down things like the FCC’s proposed new regulations regarding net neutrality.

In a statement Collins called the new FCC regulations heavy-handed, that they would hamper broadband deployment and could increase taxes and fees.

It’s a scare tactic that government officials have been using since the invention of taxes. ‘If we do or don’t this or that thing then taxes will go up, business will suffer, people will lose their jobs, we’ll have to shut down schools, police and fire departments, crime will rise, our children will run away and join ISIS and the world, as we know it, will come crashing down.’

I can only assume that these politicians have been having some long (and lucrative) meetings with all the major cable, satellite and other Internet service providers and came to the logical conclusion that Americans would be much better off if Collins, Goodlatte, Latta and the rest were richer than they were yesterday.

But maybe they aren’t taking bribes from the giant telecos. Maybe they are just attacking anything even remotely connected with Obama.

I’m puzzled by the new MacBook