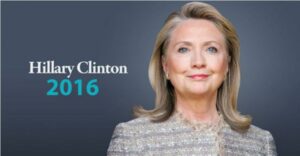 We saw this play out in the last two elections.  While it turned out that President Obama isn’t as knowledgeable as we thought about technology he did employ and engage with some of the leading technology efforts.  This allowed him to more aggressively use social media and have a much better idea about where and when to place resources which, in the end, largely led to his victory over Romney and McCain.   Both of his opponents looked stronger and more experienced on paper but both largely lost because Obama was more effective with his technology resources.

A few years back I listened to a talk from the CIO over Obama’s election campaign and it was fascinating how effectively technology was used in order to secure his initial win and it was clear that this same process was used to beat the far Romney who, on paper, seemed even more capable.

Watching Hillary Clinton try to dodge questions on her private email server showcases that she is no more knowledgeable about technology then McCain or Romney were, in fact likely less than Romney, suggesting that if the Republicans take a page from Obama’s book, they could beat her exactly like Obama likely did through a better use of tech.

Listening to her defense of her personal email decision has been nearly as painful as watching that first episode of Scorpion where it was clear their technology advisors likely couldn’t spell technology (by the end of that show I wanted to sue the producers to get my hour back).  Her arguments about convenience as the cause implies that those that use email must all be stupid or we’d all have personal email servers.  We don’t because they are a pain to set up, secure, patch, update, and they can be very unreliable.

It also seems to assume we missed the whole NSA Snowden thing where a System Administrator got around his permission level to gain access to everything in the face of government level security.  Clinton’s System Administrator likely wasn’t vetted at all and probably pulled a copy of her email repository every time her server was backed up.  So when she said there had been no breach, what she clearly meant to say was “I have no idea how an email server is administrated or what a breach actually is”.

In short if the Republicans really want a copy of Hillary’s email server they likely can buy one from the Russians, Chinese, North Koreans, Israelis, Iranians, or from any number of hacking groups.

One of the things that wasn’t widely known about the book “Options” or the fictional life of Steve Jobs was that it contained real stories that weren’t widely covered.  Dan Lyons, the author, who I’ve known for years shared that with me shortly before the book was published (and it is even in the forward) but never shared which ones were actually real.  In Chapter 34 there is a story about a meeting with Steve and Hillary Clinton and while there is clearly a lot of editorializing the event did likely occur.  If you are a Republican this likely would be your favorite part of the book, particularly the unfavorable comment about Hillary’s backside.  But this reminds us that the Clintons never seemed to get the power of the Silicon Valley and they are nowhere near as powerful here as Obama was.

I’m surprised, given how popular the blog was, and the interesting tidbits in the book, that more folks haven’t read it but the coverage of Clinton showcases a person that is long on opinion but short on actual core knowledge.  Politically astute but technologically ignorant and this is consistent with her email responses.

Now Romney actually did seem to have a clue he just executed poorly but his execution was far better than McCain’s suggesting the Republicans as a group are improving while Clinton, if anything hasn’t advanced since her loss in the primaries against Obama.  This also showcases a distinct inability to learn from experience.

Wrapping Up:  Tech Will Decide the Next President

The winner of the next US Election will likely be the candidate that either has the best knowledge of how to use technologies surrounding social media and big data analytics and/or forms the best technical team around their election effort.   Clinton, with the email scandal, is showcasing a distinct lack of knowledge either personally or within her election team setting a far lower bar than Obama did, one that at least one of the last candidates, Romney, showcased they could overcome.  Recall Obama, with a similar effort, did beat Clinton in the primaries and if this email scandal doesn’t knock her out of the race prematurely this lack of technical competence provides the right Republican Candidate with a far stronger opportunity than they have had in the last two elections.

In short if Technology will determine the next US President the Candidate’s team that has the strongest grasp of it should win.  Clinton is making it look incredibly easy to beat her at the moment.   One could make a compelling argument that she’d do far better if she just stopped talking.

From Star Trek to Green Lantern