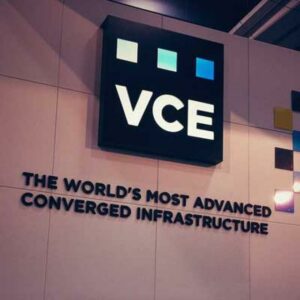 VCE started out like Ford Motors did in that there weren’t any options other than how many Vblocks you wanted.  The Vblocks themselves, on the surface, were a pretty standard mix of Cisco networking and servers, EMC storage and VMware virtualization software.   VCE tied these together with processes and extensive workload knowledge to drive its rapid growth and customer loyalty.  This was both a problem and an advantage.  VCE’s focus and its high quality and consistency provided much of the company’s advantage of in terms of speed of deployment, reliability, support cost, flexibility and availability.   But, customers asked for more choice.

Now that it is a more formal part of EMC, VCE has been working on trying to fix the problem while not damaging the benefits of its central approach. This new announcement reflects on that effort and it creates a very unique opportunity.   Let me explain.

One of the interesting battles going on, which likely drove the VCE folks a bit batty, has been between Cisco and VMware.  Both have leading Software Defined Networking (SDN) solutions; NSX for VMware and ACI (Application Centric Infrastructure) for Cisco.  Both vendors clearly think their solution is best and VMware has been in Cisco’s face at events and moving aggressively to gain traction in an area Cisco traditionally dominates.   But in this class of solution, it is difficult to do head to head testing at scale to see which technology is truly better. Why? Because typical enterprise environments differ greatly from each other and performance and reliability might have more do to with those differences than any advantages or disadvantages in products.

Well VCE’s new VxBlock should be able to help with this specific problem because it is basically a Vblock, which is highly consistent, that offers the option of using Cisco or VMware’s SDN products.  Once installed with VMware’s solution you should be able to compare a customer using VMware’s NSX to a standard Vblock or a VxBlock using Cisco ACI and any performance differences should be tied tightly to that choice.  If VMware is truly better, once these NSX VxBlocks are in place, there will be solid real world evidence backing that up.

One of the strongest advantages with VCE’s Vision product line is the fact that it is basically a fresh look at designing a datacenter.   One that focuses on consistency to achieve the core advantages for the solution.  The implication being that the result is very appliance like.  But to make the appliance concept scale they need to have a powerful systems management component that showcases those advantages.   This is VCE Vision Intelligent Operations and VCE has announced their third generation of this offering.   Most of you likely know the “Rule of Three” that is that the first version of anything is pretty raw, the second version addresses the parts of the first version that were badly broken, and the third version focuses on correcting things that were annoying but not critical.

In this case the third version of VCE Vision Intelligent Operations focuses on being able to quickly address customer problems and increase overall user satisfaction with the result.   This likely came at least partially out of EMC which has been very aggressive with customer loyalty and satisfaction efforts historically.

One the areas getting a massive amount of focus this decade is the concept of the Cloud and the need to blend Cloud and local resources into a hybrid solution.  This, of course, is called the Hybrid Cloud and with this announcement both are enhanced by VCE.  Advantages reported are the ability to seamlessly migrate workloads, including disaster recovery, between the environments and to simplify deployment and management of cloud computing.

These announcements also showcase a move to flash and the XtremIO all-flash arrays that come from EMC’s portfolio of products.  The opening of EMC’s product portfolio to VCE buyers was one of the highly anticipated results of VCE being folded back into EMC and this reflects that result.  Vblocks are often favored where performance and uptime are critical and flash arrays have proven to have a significant advantage in that regard so I expect this addition will be well received.  This is in the Vblock System 540 and it is joined by the Vblock System 740 which has EMC’s VMAX 3 storage alternative.

Overall this announcement reflects the changes in VCE since being folded back into EMC.  More storage and SDN Options and a continued maniacal focus on end user and customer satisfaction.  The end result should be far more powerful solutions in a line that was already distinctly unique in the market.   VCE continues to showcase the points that make them different; consistency, a very high focus on customer and user satisfaction, and a level of customer loyalty and advocacy you don’t see outside of Apple.   Describing this announcement as “impressive” is an understatement.

How A Lack of Technology Knowledge Will Kill The Clinton Presidency

Fans Demand a Reboot of Call of Duty Modern Warfare 2