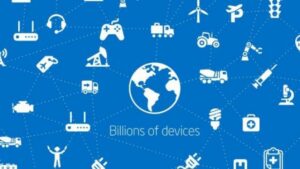 Intel had a coming out party for their Internet of Things effort last week.  They are one of the few vendors in the space that seem to understand that you need to start with a Gateway/Hub in order to automate and secure the results.   Why? The individual devices will be incredibly hard to secure individually because it would require too much headroom and you’ll still have to manage patches and updates with something.  Early companies in the consumers’ space, like Smartphones (Insteon) for home automation and Sonos for music either discovered this early on or over time. In any case,  without a hub/gateway, similar efforts have failed to reach critical mass.

Part of the problem with IOT is that the term is way the hell too broad. Plus, folks seem more focused on getting stuff connected than on what will happen once this is done and the result is likely to be ugly.  The reason is there is already a lot of stuff that is connected already that talk different languages and talk to each other in a constrained fashion.   Air conditioning plants are heavily networked with each other, as are elevators. But most older systems weren’t really designed (read secured) to connect to the web.  Security systems are heavily interconnected but few use standards and most won’t talk to systems from other vendors.

So while there could be a ton of benefit from connecting all of this stuff together, if the result isn’t multi-lingual and secure it will also create bigger problems than it will benefits.   Can you imagine what would happen if your elevators or air conditioning system were taken over by hackers?

What was needed was for someone that has been through an effort like this to connect the dots.  Intel was at the heart of the roll out of Wi-Fi making it a good candidate to find a way to connect these elements securely. Plus, the company knows full-well that just making the connections isn’t good enough; you have to solve problems while keeping it all secure.  If you don’t you’ll likely create more problems than you are solving.

Intel’s planned gateway provides two critical functions and it needs both.   First, it provides a way to secure the IOT network using technology from McAfee, an Intel company, so that only approved commands make their way in and so that none of the data the network generates flows to anyone who isn’t supposed to get it.  The second function is one of translation between various languages because numerous existing systems, as noted above, that aren’t going to get replaced any time soon have their own language.

This means you can then begin to write apps that allow the various systems to interact but that will open up an new can of worms largely because the designers of the systems you are connecting to each other didn’t anticipate this result when they designed the products.  Intel’s gateway is designed to limit or eliminate those dangers.

As a result of Intel’s efforts there will be some huge opportunities for both people that can write applications which can deal with the differences of the legacy products and to build and sell replacements that have a common platform.   Wind River, another Intel company and one of the biggest players in embedded system SW, plans to help solve the latter problem.   Now, the motivation for getting as much stuff on the same platform as possible is patching.   Just because systems can talk to each other doesn’t mean patches will translate and when you are talking millions of things that will need to be patched a lot of diversity can result in a nightmare.

With the kind of threats we are now seeing in the wild, I expect the inability to patch in a timely fashion will drive massive changes in connected devices. But it will also create a ton of unplanned pain in the meantime.

It typically takes a vendor of Intel’s class and stature to solve a problem like IOT.  Because they have been down this path before the company can anticipate problems and not just focus on connecting things that weren’t designed to be connected to the Web.  Intel’s is a significant effort by one of the anchor vendors in the technology segment which should both result in faster and safer IOT implementations.   And we need both or we are likely to be screwed.

The HP EliteBook 755: HP and AMD Have a Winner Notebook This Season

Video Games Could Destroy the World in Pixels