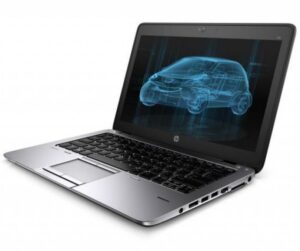 With all of the focus on convertible, hybrid, and ultralight notebooks we often forget that there are an entire class of users that don’t need or want high portability with all of the tradeoffs, they have tablets for that.  These folks want a big screen desktop performance and the ability to work, game, or watch videos on as big a screen as they can carry and they don’t want to lug a separate monitor with them.  These are for folks that are mostly station to station, they almost never work from their laps or on airplane trips (to be fair even 13.3” notebooks don’t really fit in coach anymore) but instead largely work from desks at home or work.

Intel is moving solidly against ARM and working to create very competitive tablets and smartphones.  They have had some success with the former and a couple of design wins in the latter but ARM still is the most common processor in these two markets.   But Intel’s products have continued to move the bar and their market share, while small, has been steadily growing.  This took their focus off of full sized notebooks and desktop computers and my expectation was that AMD would then begin to move on more interesting configurations and fill the competitive gap.

The HP EliteBook 755 is a proof of concept showcasing this kind of a move is possible.  And while the richest configuration is a bit hard to find, it may be worth the effort if you are in the market for a large laptop computer.

It is interesting to note that most of the configurations that HP sells of this product is Windows 7 which, for most, is actually an advantage.   Starting at a very reasonable (for this class) $749 for a dual core configuration with a 1366×768 HD screen and a 500 magnetic drive and ending with a still reasonable $1,159 for a quad core system, Windows 8, and a 1920×1080 screen and a 180GB SSD drive this is a relatively complete line of AMD based offerings.

What you’ll notice is that the line has a very rich feel which is consistent with the Elite brand (this is HP’s Lexus line for small and medium business).  The design language is based on a brushed metal finish which looks wonderful though I did notice that on a cold day the touchpad is initially really cold.   Performance is more in line with a mid-range desktop system and while this isn’t a high end gaming system by any stretch of the imagination this took every game I tossed at it in stride and it should be perfect for those hooked on World of Warcraft.

Weight is light for this size class at between 4 and 5 pounds it runs only about a pound and a half more than many Ultrabooks so you get a lot more screen for a little more weight.   This is one of the few products in its class with a swipe type biometrics fingerprint ready making it both more secure (particularly with the included drive encryption software) and faster to get into than most.  Frankly I thought every laptop would have this capability by now.

Wrapping Up:  Size Does Matter

I often have trouble writing on a laptop because I like to have both my reference material and the work product side by side.  On a mall screen this just doesn’t work well but the 15.6” size provides the near perfect balance of minimum screen size for me and portability.  If you are willing to carry a small amount of extra weight and don’t need a day of battery life (you’ll be hard pressed to get to 5 hours with a product in this class) this may be the perfect laptop class for you and the HP 755 Elite Book AMD edition sets the bar against which you should measure other offerings.  Well prices with decent performance it provides the best balance for those of us where screen size really does matter.

Could Sam Raimi Return to Spider-Man?