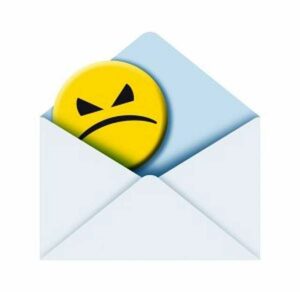 Senator Patrick Leahy has sent a stern letter to Comcast Executive VP David Cohen urging him to promise not to abandon net neutrality after September 2018.

In the letter Leahy said that he has concerns about, “the risk of paid prioritization agreements through which websites could be charged for priority access over the Internet.”

His letter went on to ask for “meaningful pledges from our Nation’s broadband providers that they share the American public’s commitment to an Internet that remains open and equally accessible to all.”

“As a condition of the Comcast-NBC Universal merger, Comcast is bound to the net neutrality principles embodied in the FCC’s Open Internet Order through the end of 2018,” he wrote. “Those rules should be viewed as a minimum level of protection to promote competition online and Comcast’s commitment to those principles should extend well beyond the imminent cut-off date of 2018. As the antitrust regulators continue to evaluate Comcast’s proposed transaction with Time Warner Cable, and regardless of whether it is approved, I ask Comcast to pledge that it will not engage in paid prioritization. I also ask that Comcast pledge not to engage in any activity that prioritizes affiliated content or services over unaffiliated content or services, helping to ensure that vertical integration does not threaten competition online.”

We can assume that if Comcast doesn’t make the pledge Leahy will be forced to send yet another, perhaps even more strongly worded letter.

And if Comcast agrees and then violates that pledge Leahy will…um…be very displeased, I suppose.

While I approve of Leahy’s gesture no matter how hollow it is, I doubt it will have any real meaning. In fact it actually gives Comcast an opportunity to make a corresponding (yet equally hollow) gesture of acquiescence in an effort to get approval for their proposed merger with Time Warner Cable.

But without any legal teeth it doesn’t really matter what Comcast pledges since without any laws in place to prohibit them from violating the agreement they have nothing to fear. And fear of losing money is about the only incentive Comcast and other ISPs have to honor their promises.

Unfortunately I think all of this is simply politics and business as usual. Comcast will get approval for their Time Warner deal. The FCC will release some meaningless net neutrality rules. Comcast and others will continue to fast-lane some content while throttling content from other content providers who don’t pay extortion fees. And Leahy gets to put a check mark in the ‘I supported net neutrality’ box on his political resume.

Happy Birthdday to the Creator of Superman