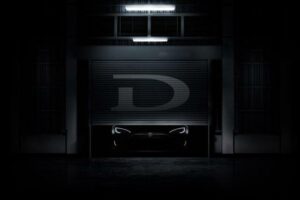 Tesla is a fascinating car company largely because it isn’t run like a car company.  Their “D” announcement has me lusting for one of their cars again but I think the company needs to step it up a bit because electric cars are still far from critical mass.

What Tesla reminds me most of is how Panda Project tried to build Servers.  For a short time Panda Project tried to revolutionize the workstation market by creating a highly modular computer called the Archistrat 4S (it had some really cool features like a powered drive cover that was like a safe door making it uniquely secure) that would never become obsolete because it was modular, even the motherboard snapped in and out like a card, but they couldn’t get the economies of scale that the other workstation companies had to make it all work. It was a far better ecological solution and should have been far more affordable as well but without the volumes it remained too expensive and eventually failed.  This remains a problem for Tesla as they take their strategy takes them from luxury cars down to more affordable solutions.

However their new car goes the other, and I think better, direction as a more exclusive luxury performance option.  Here is why and what I think they could still improve on.

However their new individual wheel drive car (note most are mistaking calling this all-wheel-drive), which is arguable better than either 4 wheel drive or all-wheel-drive, goes in the other direction and that, strangely enough, is likely a far less risky path.  What makes the drive train better is that unlike 4-wheel-drive which generally isn’t on all the time and pushes power to the wheel with the least traction, or all-wheel-drive which can be overly complex and not particularly efficient, is that individual wheel drive can dynamically shift power as needed to any wheel independent of the others.  You really only see this in electric cars and mostly in labs not on the road.

The result is better traction, better efficiency, better cornering and I a vehicle that is designed to go off road, potentially better off road performance (depending on tires and traction).  Instead of making the car cheaper this makes it more expensive but end result is a massive bump in performance and we know luxury car buyers justify this all the time in programs like Mercedes Benz AMG program.

However if you use AMG as an example part of what makes the AMG products sell is exclusivity.  Often people buy the cars more for those three little letters and the unique appearance of the car than the performance.  Few track their cars and using all that performance if caught can result in high fines, high insurance premiums, and possibly even some jail time.  You simply look more successful, powerful, and potent (or at least my sex thinks it does and I’m no exception) which is what drives most of the interest.

In fact I would argue the appearance of the cars in this class is far more important than the power because it is that appearance that conveys the value people are buying.

With the new Tesla it will get a special naming plate but as far as I can tell nothing else.  No special seats, body cladding, spoilers, or other treatments that would showcase why this new car is the king of the road and I think that will limit its appeal.   At the very least more aggressive wheel flares and wider tires would benefit getting all of that traction to the ground more successfully and likely lower the already amazing 0-60 times even farther.   Because most of these cars are leased it makes it hard for the buyer to do this themselves and modifying a Tesla isn’t something I’d expect anyone to do lightly.  An all-aluminum bodied car is a far harder to modify than a steel bodied car.

There is actually a Tesla S convertible conversion but its long term prognosis is iffy even though the effort results in a very beautiful and very unique car.

Saleen, a firm famous for modifying other cars, came up with a concept that showcases what I think the new high performance Tesla should look like.   It isn’t over the top but clearly sends a “don’t mess with me” vibe.

One of the big problems for Tesla is range.  Here in the Bay area we likely have more Superchargers than any place else but for most of the country they are all but non-existent and, because the Tesla batteries are so large, using a regular electric car charging system or even a 220 plug in a house (assuming the owner will let you unplug their electric dryer) is like watching grass grow.  The recharge time is measured in double digit hours or days using the more common household power socket.

I ran into an interesting company called Wrightspeed at the Club Autosport event this week and they are doing diesel to electric conversions on trucks but the result is an electric hybrid using a turbine (jet engine).  Currently FedEx is in trials with this technology which take a truck getting 14 MPG and turns it into a 44 MPG vehicle.  This allows them to use a smaller battery pack and for the truck to use existing resources to keep running.  Turbines can pretty much be tuned to run any fuel from natural gas on up.   If you were to eliminate one of the Tesla S’s mammoth trunks (it has two) and put in a turbine generator and tank you likely could increase the range and eliminate the critical need for Superchargers and thus expand the market to areas that don’t have them.

The result would likely cost more but I expect folks that want a Tesla but don’t live where a Supercharger is convenient would likely pay the extra for the peace of mind.  The Turbine could be modular allowing for quick field replacement and fuel choice could make it greener than using electricity from coal fired generators.

One of the areas where Tesla doesn’t lead is on car finishes and you’d think they’d be the first to go with a Vinyl Wrap instead of paint.  Good wraps are now pretty hard to distinguish from paint, they remain cheaper to apply and repair and often are far more robust as well.  We wrapped my wife’s Jaguar and the result is rather stunning and there are an increasing number of wrapped exotics running around with everything from unique colors to polished metals.

Wrapping Up:  Tesla Must Succeed

I really like the Tesla model it is the way I’d like to buy a car and the idea of having to do this once every decade or so with lower cost updates so that my car always looks and works like a new one is far more appealing than the current model which often provides you with a new car that is already largely obsolete the day you buy it.

The Tesla model is greener, more efficient, and potentially (once it is at large car company scales) cheaper than what we see from the existing car companies.  I do however think it can be improved with performance cars that look like performance cars, options that take into account that we likely never will have enough Superchargers, and some additional flexibility in finishes (you can actually wrap the interior of a car as well).

However we get there I’m one of the folks that thinks that whoever gets the Tesla model to scale will likely own the next wave of automobiles particularly as we move to self-driving cars.  But to get to scale Tesla has to figure out how to move beyond the limitations of electric power and embrace the world as it is, not the way they wish it was.