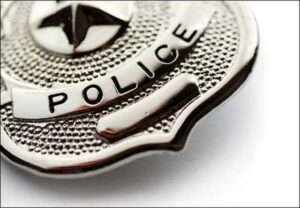 The EU has forced Google to remove links to stories people would rather forget. They also want Google to give preferential treatment to competitors. Hollywood celebs are suing Google because they felt the search engine behemoth didn’t do enough to remove links to sites that posted their naked selfies.

It seems like any time anyone has an issue with something on the Internet they expect Google to fix it – and fix it fast.

For some reason they don’t expect the people who create or post content on the Internet to be accountable – yet they somehow believe that Google is responsible for any- and everything posted on the Internet.

But do we really want to give Google even more power over access to the content of the Internet? As it stands now, Google is responsible for deciding which ‘right to be forgotten’ requests they will, or won’t honor. Google decides which sites to de-link (or not) when governments want them banned. Google decides whether or not a site contains copyrighted materials.

It’s odd how people attack Google for doing too much or too little or act too slowly and yet they expect Google to take on increasingly broad responsibilities for deciding how much or how quickly they respond.

First off, I don’t believe you can hold a single company responsible for policing the entire Internet. If you have a beef with a site you should attack that site, not Google for pointing to it.

If you don’t want people to read a particular book you take that book off the shelf, you don’t just remove the card from the card catalogue.

If someone screws up and something gets posted on thousands of sites you don’t sue Google for not taking down links to those sites quickly enough, you sue the person who screwed up in the first place or you can try suing the sites themselves. But perhaps that’s why the celebs are trying to sue Google. There are just too many sites out there who posted the naked selfies and most of them aren’t worth taking to court. But Google has billions of dollars and they are a big target.

I don’t particularly like the idea of censorship and I certainly don’t like the idea that governments around the world see any form of free speech as a threat to their very existence. The idea that governments want to censor just about everything is chilling. But I’m not sure if I want to hand the reins of control (and censorship) over to a private company like Google either.

I’m pretty sure that even while Google would like nothing better than to control vast swaths of the Internet, the last thing they want to do is to become the Internet police – unless they can get paid to do that job.

We are drowning in subscriptions

Inherent Vice Not So Nice?