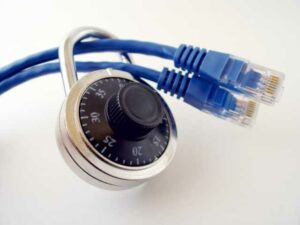 I’ve been writing articles about the world of IoT where smart devices are magically connected to other smart devices and the world is better for it. But as I have pointed out in the past, there are so many players in the IoT space that it’s hard to figure out who will supply that magic.

A lot of the players in the IoT space have been forming consortiums of partners who they hope will rally around one particular flag and start making or connecting devices with protocols that the consortiums come up with. Google, Apple, Samsung and others are all forming consortiums.

And there are closed, proprietary systems that only support select devices usually based on their own products.

Then there are halfway systems that can work with a variety of devices (and usually do it on the device terms). They customize their ‘glue’ to try and fit a specific environment.

But there is another category of player in the IoT environment that is beginning to emerge as a possible coordinator of multiple smart devices.

You would think that these companies would be ideally suited to control all sorts of devices – even those that have nothing to do with home security.

ADT, Honeywell and even Comcast (that is just getting started in the home security space) have all announced plans to expand their efforts into IoT.

ADT recently announced that ADT Pulse will not only help you manage your security system remotely it will also “control lights, thermostats, small appliances and more.”

Honeywell (already a big player in the Industrial Automation and Control world) has been in the electronic security space for quite a while and they are beginning to enter the smart home world with their Lyric smart thermostat. (Honeywell is in the process of suing Nest, Google’s smart thermostat.)

Comcast also wants a piece of the IoT pie. They recently launched their XFINITY Home Secure and Control services that not only protect against fire and break-ins you can also control one of their smart thermostats, turn on lights and, presumably, change the channels on your television. Time Warner Cable has a similar offering.

Lowe’s, has their Iris Home Management System that started out primarily as a security only offering but has since expanded into thermostats and other IoT things. AT&T has their Digital Life and just yesterday Amazon began contacting developers to work on IoT devices and software.

One of the hurdles that old-school security companies like ADT and Honeywell face as they begin to dip their toes into the IoT pool is that while they may understand security and industrial automation they may or may not understand the more human aspects of IoT (like turning down the lights when you want to watch a movie). Also, most of these companies are banking on a subscription model where they receive monthly payments to keep everything working and I’m not sure if people will be willing to tie themselves to one company forever.

If I decide to drop Comcast or ADT some day or forget to pay my bill will my smart home suddenly go brain dead? I’m not sure I want to give someone else control of my smart home and give them the ability to hold all my devices hostage if I don’t pay them a monthly tithe.

Blade Runner 2 Is On the Way?