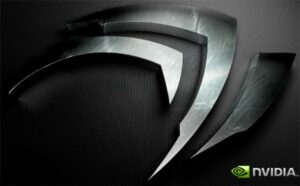 This was kind of cool as part of the Maxwell launch, Maxwell in NVIDIA’s new impressively powerful GPU, they used a desktop graphics card to prove that the moon landing photo that many believed was taken in a studio, and not on the moon, wasn’t a hoax.

During the pre-briefing for the event I also got to play with Maxwell and the Oculus Rift headset for the first time shooting aliens on Eve Online and now I’m lusting for that setup myself.  There not so subtle message was PC gaming is coming back and I’m a believer.   Let’s talk about that a bit.

The quintessential picture that showcased Buzz Aldrin stepping on the moon lacks stars, is well lit even though it is taken in what should have been deep shadow, and is far too good to be real many have argued over the years.

Using analysis driven through their new desktop graphics architecture NVIDIA was able to recreate the shot virtually and discovered two things.   The Sun was so bright the camera had to adjust exposure and by doing so the stars, which weren’t as bright, were lost.  In addition the picture was taken by another astronaut who was wearing a space suite designed to reflect light and he became a virtual flash for the picture as the sunlight bounced off his suite to light Aldrin.

To create this simulation required the kinds of calculations normally associated with supercomputers showcasing not only that sometimes things we believe are hoaxes aren’t and the amazing power we now have available on cards we can put in our PCs today.  Check out the full background here.   It is actually pretty fascinating.

Falling In Love with Eve On-Line and Oculus Rift

Ever since Microsoft launched the Xbox the focus on PC gaming has seemed to lag yet a lot of folks are still wedded to that platform.   NVIIDA showcased two demonstrations using Oculus Rift a coming 3D head mounted display that is designed to put you into the game.  The first showcased the shortcomings of the platform as it exists in test.   It was a video of a battle between human fighters and robotic creatures with advanced weaponry and it placed you in the middle of the fight as a mobile observer.  The old display just wasn’t up to rendering the battlefield realistically enough but the Oculus system they were using was out of date and when the platform launches it should be far more compelling.

I saw that latter in spades when I played Eve On-Line.  In that game where you fight aliens (they turned out to be the guys sitting next to me) flying space fighters piloting your own, I had a ton of fun.  I could look around the space fighter cabin, track enemy fighters with my head and shortly figured out (well it took me getting killed a few times) the enemy fighters with my head to more quickly lock on and engage.  This headset would be a huge advantage in first person shooters particularly those where the folks you are fighting can come at you from any direction.  The level of realism was amazing though I do still thing the controls you see should be emulated as well as looking at my hands on a yoke while trying to remember which buttons to push on a game controller broke the emersion.  Still I’d buy this game, card, and headset setup in a minute.

We had a ton of great demos using the new Maxwell card and perhaps the most powerful was Assassin’s Creed.  In this game the expressions on the folk’s faces actually seemed to change as they interacted with you, the textures were near real enough to touch, and the damned cat acted so real it was amazing.  I’m not easy to impress but the new Maxwell cards coupled with the games designed to use the improved performance impressed me a lot and suggests the new NVIDIA GTX 980 and 970 cards are worth the price of admission.   Apparently NVIDIA actually set a Guinness World Record in 4K with this thing.

Qualcomm Moves to Change the World and Create Real Superheroes