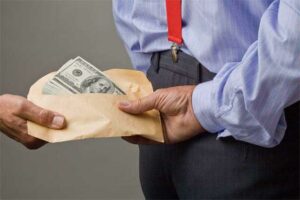 Netflix has reluctantly signed an agreement with Time Warner Cable to give cable subscribers access to their streaming service.

Netflix has been forced to pay similar fees to Verizon, AT&T and Comcast in order to at least try and get their video streaming service into customers’ homes without buffering problems. This latest ‘deal’ adds Time Warner Cable to the list of major ISPs charging both their customers and Netflix for the same bandwidth.

According to an open letter written by Netflix CEO Reed Hastings published on the WIRED website, “This year we reluctantly agreed to pay AT&T, Comcast, and Verizon for access to our mutual subscribers, who were seeing a rapid decline in their Netflix viewing experience because of congestion at the connection point where we transfer content to the ISP. The ISPs argue that our data-rich services take up limited capacity on their networks. [But] network limitations are largely the result of business decisions to not keep pace with subscriber demand.”

It seems apparent that there are multiple things happening here. First, the largest cable companies have realized that they can get away with deals like this – at least for the moment.

Mr. Hastings points out, “It’s worth noting that Netflix connects directly with hundreds of ISPs globally, and 99 percent of those agreements don’t involve access fees. It is only a handful of the largest U.S. ISPs, which control the majority of consumer connections, demanding this toll. Why would more profitable, larger companies charge for connections and capacity that smaller companies provide for free? Because they can.”

The upcoming FCC rulings on net neutrality may make deals like these illegal but considering that the cable industry is the fifth largest lobby in Washington (and Comcast is the seventh largest) it’s highly unlikely things will change.

“The Federal Communications Commission has historically focused only on last-mile connections—the final leg of the Internet that connects individual homes to the World Wide Web. Today’s problem spots are further upstream, at the choke point where companies like Netflix pass our traffic off to the ISPs. If the FCC doesn’t expand its purview to include these transactions, it would be better to have no rules than the ones being proposed—which simply legalize discrimination on the Internet,” wrote Hastings.

I also think that there is something else going on that is a bit more subtle. While reports that Netflix is consuming 30 percent of all Internet traffic are questionable at best (the figures were put forward by a company that makes the majority of its profits licensing software to cable companies) if the numbers are true it means that more and more people are abandoning traditional television programming in favor of true on-demand content – and that is something the cable companies don’t want to see happen – at least not until they can figure out how to offer comparable services themselves.