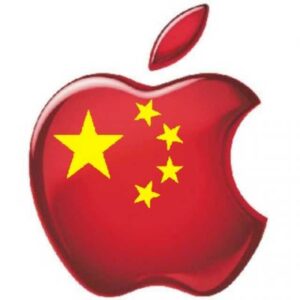 In a statement from China Telecom posted on the Fuzhou city government’s website “After 15 months of stringent tests and evaluation… China Telecom has become Apple’s only cloud service provider in China.”

Apple said in a statement to the Wall Street Journal that all the data stored in the Chinese storage unit will be encrypted so supposedly even the Chinese government won’t have access to the data.

“Apple takes user security and privacy very seriously,” Apple representatives said. “We have added China Telecom to our list of data center providers to increase bandwidth and improve performance for our customers in mainland China.”

It seems pretty obvious that this a more a move to placate an already nervous Chinese government that has made it clear in recent months that it is worried about security issues surrounding U.S. and other foreign technology providers. And not so much a way to enhance the Chinese people’s experience when saving photos to the iCloud.

Of course it could also be a way for Apple to begin the process of enhancing its cloud services offerings abroad. If they can be the first foreign company to show the Chinese government that they are willing to locate cloud service hardware locally then they might gain an edge over other providers like Amazon or IBM.

Again, though, it seems like a lot of companies are only looking at the numbers. They see a population of 1.36 billion as potential customers and think ‘if we can only get 10% of those people to buy our stuff we stand to make a gazillion dollars.’ So they bend a little to the regulations, ignore the piracy, bend a little more, give up a little more control and hope for the Yuan to start rolling in.

Microsoft Azure has a tough month