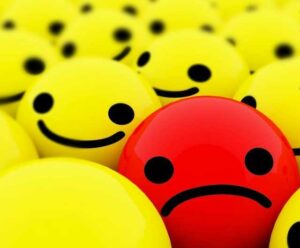 According to the Microsoft Azure status page the service has had numerous problems over the past month.

The Microsoft Azure status page lists 38 separate incidents over the past 30 days whith eight new issues in just this past week. During the past month there were numerous issues with the cloud service including partial performance degradations in the eastern United States, Japan and ‘multiple regions,’ partial service interruptions in southern Brazil and parts of the western United States, management portal problems in multiple regions and full service interruption problems with Visual Studio Online in multiple regions.

In most of these cases Azure engineers have ‘mitigated’ the issues however in the case of the partial performance issue in the eastern United States the status page states, “Engineers have verified a reduction in the errors that were causing the improper flow of information and we are resolving this incident at this time.”

A ‘reduction in errors’ doesn’t exactly sound like they fixed the problem yet.

It’s not terribly surprising that Azure is having some growing pains. Obviously keeping a cloud service infrastructure that spans the entire globe working without a hitch is a pretty tall order (for many of us that would seem to be a nearly impossible task).

Hopefully Microsoft can get these problems ironed out quickly because reports like these aren’t going to win them any new customers and this is the time when they need to sign up as many new customers as they can.

In Microsoft’s quarterly financial statement released last month it was revealed that the company saw triple-digit growth in both Office 365 and Azure, for total cloud services revenue growth of 147 percent. The annual run rate for the cloud business is now more than $4.4 billion.

As we reported at the time, there are a number of experts out there who believe that Microsoft’s cloud ventures will become more and more important to the company. As TGDaily contributor Massoud Marzban, VP of Business Development‏ at Burnside Digital said at the time, “A lot is riding on Microsoft’s continued push into the cloud space. The earnings report shows how important the cloud is for Microsoft. And it will continue to be a strong revenue stream for Microsoft going forward.”

That is assuming they can get it working properly.