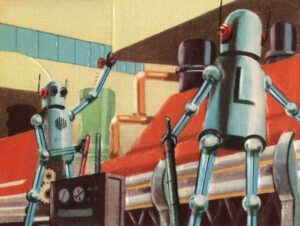 SmartThings’ founder and CEO, Alex Hawkinson announced on Thursday that the home automation company has been purchased by Samsung.

SmartThings already sells a home automation hub, motion and multi-sensors, has its own iPhone and Android apps, and supports compatible locks, switches, outlets, and more from third party companies. According to statements made by Hawkinson the company, will continue to function as an independent division of Samsung.

Obviously Samsung wants to tap into the potentially lucrative home automation trend that is expected to experience explosive growth in the coming years and SmartThings hopes to tap into Samsung’s sales channels, technologies and deep pockets.

Hawkinson said in a statement, “We believe that there is an enormous opportunity to leverage Samsung’s global scale to help us realize our long-term vision. While we will remain operationally independent, joining forces with Samsung will enable us to support all of the leading smartphone vendors, devices, and applications; expand our base of developers and enhance the tools and programs that they rely on; and help many more people around the world easily control and monitor their homes using SmartThings.”

As many have pointed out this move is something of a preemptive strike in the upcoming home automation wars between Apple, Microsoft, Google, GE and others. SmartThings has the advantage of already selling products in the space and they are reputedly very platform agnostic providing support for a number of other devices that are also already on the shelves.

In contrast, Google has the Nest smart thermostats and smoke detectors, Microsoft has a startup accelerator program, GE has their slightly wonky Wink home automation system and Apple has…plans.

Personally I think this is a good move for Samsung since SmartThings has already blazed a path into the home automation space and should know a thing or two about what they are doing. Even though there are already dozens of devices already out there Apple and Microsoft seem to be trying to reinvent the wheel.

Unfortunately I see this as a bad thing for home automation going forward. No matter how ‘open’ future systems claim to be, it’s inevitable that there will be competing standards, licensing deals (with exclusivity clauses), patent lawsuits, proprietary APIs (and probably chipsets), etc. and all that means few of the products will work together. Sure there will probably be little stickers on boxes touting which systems they are compatible with but few device manufacturers will be willing to spend the time or energy making their $19 devices compatible with every system.

There are also likely to be gaps in any of the product lines – Apple’s system may not support smart locks or Microsoft’s system might not have carbon monoxide sensors. That means people will have to cherry pick devices that won’t be completely compatible with other devices and like remote controls we’ll end up with one for the TV another for the cable box another for the BluRay player and another for the surround sound.