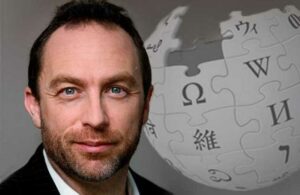 The founder of Wikipedia, Jimmy Wales, has today branded the EU’s Right to be Forgotten ruling as a “deeply immoral” and dangerous step towards the “sanitisation of human knowledge.”

“History is a human right,” Wales warned gravely, “and one of the worst things that a person can do is attempt to use force to silence another.”

The press conference was initially scheduled to welcome the publication of Wikimedia’s first ever transparency report. However after receiving five requests in one week to remove content from their site, Wikipedia’s board rebranded the meeting to discuss the “new threat” from Google.

Wikipedia made pains to make these removed links public, and has revealed among the articles removed from search results are an image of a young man playing a guitar, a page about the former criminal Gerry Hutch and a page about the Italian gangster Renato Vallanzasca.

Regardless of whether we feel these links – and another of a monkey taking a selfie – will change the course of human history, Tretikov believes their removal is emblematic of a more insidious idea. “The European court abandoned its responsibility to protect one of the most important and universal rights: the right to seek, receive, and impart information,” she warned.

Wales seemed personally affronted by the idea of removing links. “I’ve been in the public eye for quite some time. Some people say good things, some people say bad things … that’s history, and I would never use any kind of legal process like this to try to suppress it.”

Wales, who founded Wikipedia in 2001, has made no secret of the fact he opposes the right to be forgotten. He’s even gone so far as to call it “tyrannical censorship,” believing that the state would not interfere with what goes on a newspaper’s front page, so why should it on the Internet?

Most troubling, however, was Geoff Brigham’s comment that many more links may have been removed without Wikimedia’s knowledge.

“We only know about these removals because the involved search engine company chose to send notices to the Wikimedia Foundation,” he said. “Search engines have no legal obligation to send such notices. Indeed, their ability to continue to do so may be in jeopardy.

“Since search engines are not required to provide affected sites with notice, other search engines may have removed additional links from their results without our knowledge. This lack of transparent policies and procedures is only one of the many flaws in the European decision.”

Lia Tretikov was equally damning, saying that the ruling creates Orwellian “memory holes” in human history. According to her, “Accurate search results are vanishing in Europe with no public explanation, no real proof, no judicial review and no appeals process.

“We find this type of veiled censorship unacceptable. But we find the lack of disclosure unforgivable.”

No more Charms bar in Windows 9