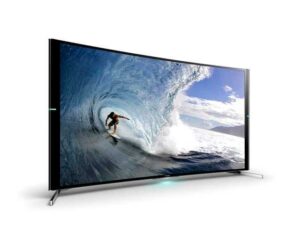 The Bravia S90 television will come in 65 and 75in options and will possess similar specifications to the company’s X9005B range.

The hardware includes Trilumios Display technology to enhance the display’s colours and X-tended Dynamic Range to ensure more prominent whites and blacks, while the X-Reality Pro engine will upscale content.

Additional software features will include Social Viewing for watching with friends over Skype, a football-watching mode with built-in Twitter integration and the option to mirror content being streamed from a mobile device.

4K or Ultra-HD content is seen as the next frontier in home entertainment, with Netflix already announcing limited support across some of its titles.

A number of technology companies are expected to reveal details of their 4K offerings at next month’s IFA.

The event, which has been operating annually since 2005 is seen as one of the world’s leading trade shows in terms of consumer electronics and household appliances.

Sony is expected to announce pricing and a release date for the Bravia S90 at IFA next month.